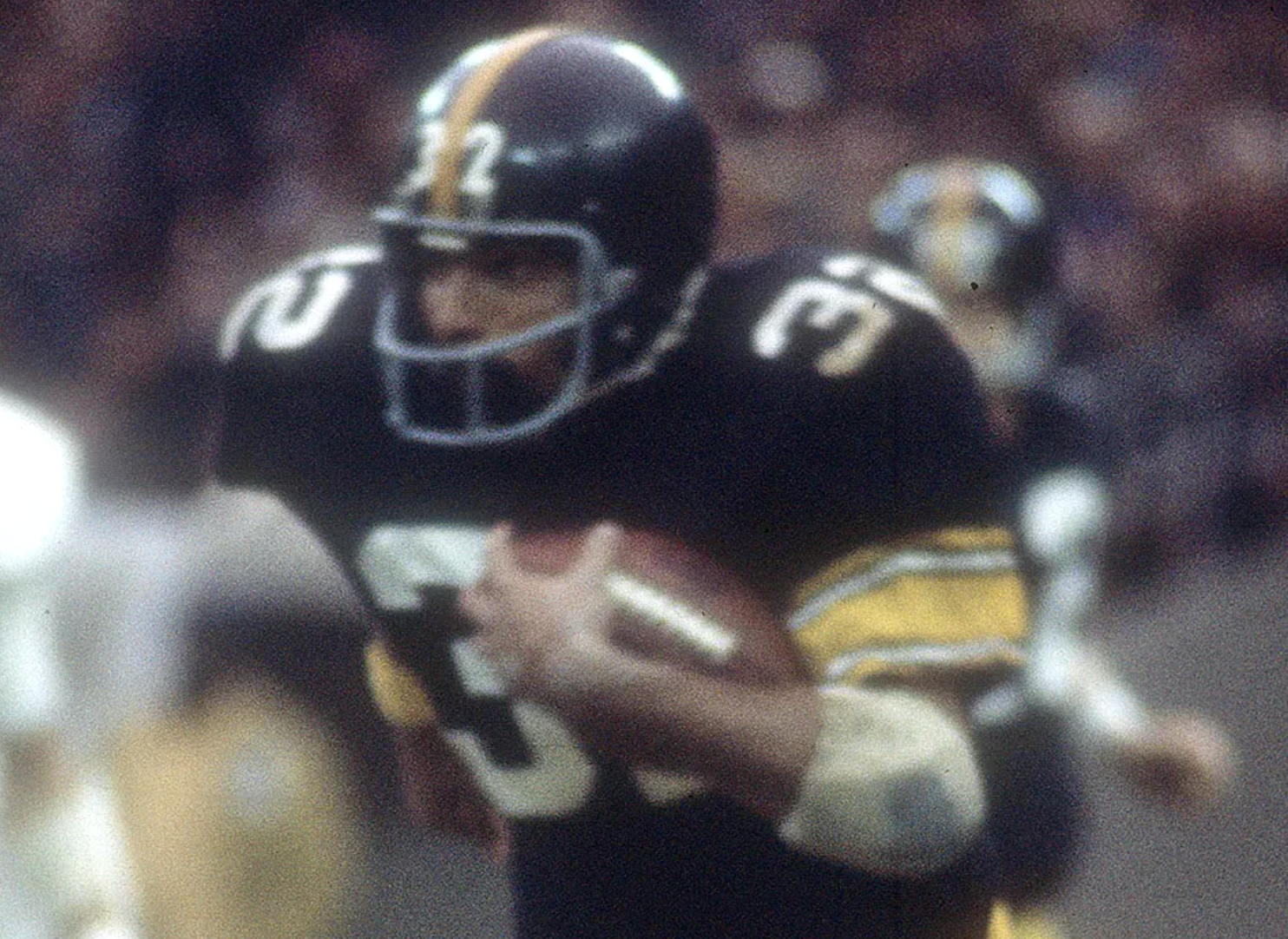 Harris scored on the Immaculate Reception, voted the greatest play in NFL History.

WTAE – Pittsburgh Steelers Hall-of-Famer Franco Harris has died at the age of 72, just days before the 50th anniversary of the Immaculate Reception, sources confirmed to Pittsburgh’s Action News 4.

Harris played for the Steelers from 1972 to 1983 and was famous for that incredible play that won the Steelers their first playoff game 50 years ago.

Several events were planned in Pittsburgh in the days ahead marking the anniversary of The Immaculate Reception.

The cause of Franco Harris’ death was not immediately known. SOURCE

Harris died hours after the Steelers issued the following statement:

An ‘Immaculate’ week for the Steelers

Steelers.com – The Steelers are celebrating the 50th Anniversary of the Immaculate Reception, voted the greatest play in NFL History.

As a part of the celebration the Steelers will retire Franco Harris’ No. 32 jersey on Saturday, Dec 24, when they play the Las Vegas Raiders at Acrisure Stadium.

Throughout the week the Steelers will provide fans a variety a ways to engage with and celebrate the anniversary, which includes special events and content across the team’s digital and social platforms.

The team has already announced they will wear throwback jerseys on Saturday night. The jerseys feature block letters and numbers on a traditional looking jersey, a nod to the teams of the 1970s, and in particular the 1972 team. The jersey will also have a special patch honoring the 50th Anniversary of the Immaculate Reception.

Fans can also share images of themselves #Francoing. Take an image of yourself in the pose that Franco Harris was in when he caught the Immaculate Reception and post it on Twitter or Instagram using the hashtag #Francoing. You can also submit your image directly to the team by clicking on Francoing. All images that are submitted on social media or using the link will have a chance to be featured on the Steelers social media accounts.

On Thursday the Heinz History Center will host “Franco Harris and the Immaculate Reception: 50 Years Later.” The event will bring together members of the team, and even a few Raiders, for an entertaining roundtable discussion where they will share their stories from that day that will forever be a part of Steelers lore.

Friday will be a full out celebration of the Immaculate Reception as that is the actual 50th Anniversary of the play that changed the direction of Steelers football.

Steelers Nation will be able to re-live the excitement of the Immaculate Reception when the team celebrates the 50th Anniversary that day.

On Friday, Dec. 23, the exact moment the Immaculate Reception occurred will be remembered when Franco Harris and some of his teammates gather at the Immaculate Reception Monument. The monument is located at the exact location Harris’ catch occurred, situated on West General Robinson Street between Stage AE and Acrisure Stadium, where Three Rivers Stadium used to stand.

The excitement will begin at 3:30 p.m. with Harris and members of the 1972 team introduced, a special recognition of Harris, and a replay of the original radio broadcast of the Immaculate Reception at 3:41 p.m.

Fans can also visit the Steelers Pro Shop, which opens at 9 a.m., and the Hall of Honor Museum, which opens at 11 a.m. for tours, with reservations required. The FedEx Great Hall will open at 2 p.m., and among the food and beverage stations open will be Franco’s Pizzeria and Pub 33.

Among the other events throughout the day, the Steelers will do a social media ‘Immaculate Rewind’ of the game on the team’s @SteelersHistory Twitter handle, looking back 50 years ago to capture the game in what would be real time. Follow @SteelersHistory and @Steelers for a recap on social media that wasn’t available in 1972, which will include the top plays, highlights, photos and more.

Fans can also be entered to win an autographed Harris jersey by competing in YinzChat, the team’s official free-to-play game, throughout the week. To play, simply download the Steelers Official Mobile App and tap on ‘YinzChat’ in the ‘More’ menu in the bottom navigation or follow along @YinzChat.

The Steelers will host the Las Vegas Raiders on Saturday, Dec. 24, for a Christmas Eve game that will be the ultimate celebration.

At halftime the team will retire Harris’ No. 32 jersey, joining only Joe Greene, No. 75, and Ernie Stautner, No. 70 as the players who have had their Steelers jerseys retired.

Fans from around the world can watch the halftime presentation live on Steelers.com, the team’s official mobile app, and on social media on Steelers Twitter, Facebook and YouTube.