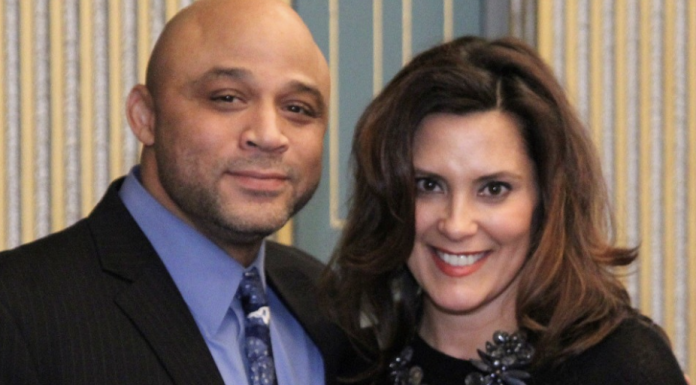 “Was known for his kindness and calm demeanor, even during passionate legislative debates.”

MLIVE – A former state senator has died of COVID-19 related complications after weeks in the hospital, Michigan lawmakers confirmed Tuesday.

Sen. Morris Hood III, 54, who was term-limited out of office in 2018 after serving in both the House and Senate, had been on a ventilator after COVID-19 exacerbated other underlying health conditions related to Hood’s kidney transplant, Senate Minority Leader Jim Ananich, D-Flint, said on the Senate floor.

Hood, a Detroit Democrat, was popular among Democrats and Republicans alike and was known for his kindness and calm demeanor, even during passionate legislative debates.

In 2018 farewell speeches on the Senate floor, former Sens. David Knezek and then-Senate Majority Leader Arlan Meekhof both referred to him as the “conscience of the Senate.”

During a tribute on the Senate floor Tuesday, Ananich said Hood could always be counted on to remind lawmakers to hug their loved ones and keep a cool head, even during the most passionate debates.

He called Hood “a friend, a confidant and a spiritual rock for our caucus” in a followup statement, noting everyone who served with him had a story about how his perspective had helped them through difficult times.

Hood was no stranger to loss – his wife, Angela, died in 2013. During a Senate floor speech in December of that year, Hood urged his colleagues to live without regrets, because everyone is “running at that brick wall” and shouldn’t take life for granted.

Gov. Gretchen Whitmer, who served with Hood in the legislature, said he “was the type of guy that lit up the room and made you glad to be there.” Read more.

Prior to his election to the Legislature, Hood was an auto technician at Ford Motor Company’s Detroit Engine Fuel Tank Plant. He was an unsuccessful candidate for the House in 1998.[2] Hood was elected to the Michigan House of Representatives in 2003, serving for three terms.[3] He was elected to the Michigan Senate in 2010, also serving as the Michigan Senate Minority Leader until 2018. He was unable to run for re-election due to term-limits, and was succeeded by Sylvia Santana. Hood won his father’s legislative seat, as he was the son of former Michigan State Rep. Morris Hood Jr., who died in 1998. Due to term limits, Hood went to work in Wayne County administration after his stint in the Michigan state senate ended. Hood III, a widower, was survived by his second wife. Michigan Governor Gretchen Whitmer, a former state lawmaker herself and colleague of Hood, called him “A dear friend and proud Detroiter dedicated to community service.” Wikipedia