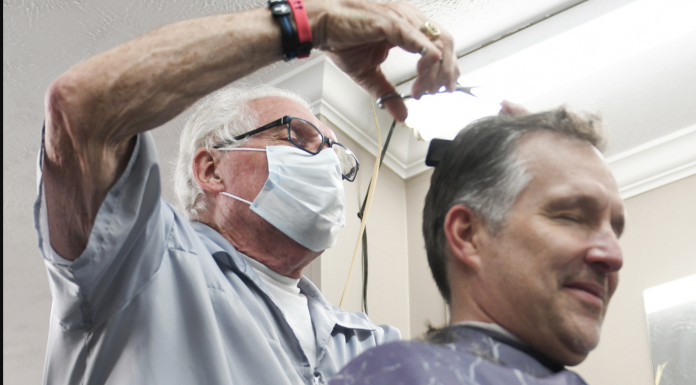 “The government is not my mother, never has been. I’ve been in business longer than they’ve been alive.”

DETROIT (AP) — State regulators on Wednesday suspended the license of a 77-year-old Michigan barber who insisted on cutting hair despite an order to stay closed during the coronavirus pandemic.

Karl Manke has pledged to keep his shop open “until Jesus comes.”

A judge declined the state’s request to shut down his shop Monday without first holding a hearing. Regulators took a different path by suspending his barber license and his shop license.

“It is paramount that we take action to protect the public and do our part to help save lives,” Attorney General Dana Nessel said.

Manke can ask for an immediate hearing with an administrative law judge at the Department of Licensing and Regulatory Affairs.

“It’s pure retribution. It’s abuse of power: How dare you stand up to me?” said Manke’s attorney, Dave Kallman.

The shop is in Owosso, a small town 40 miles northeast of Lansing. A woman who answered the phone at his shop said Manke hadn’t been served with the suspension and was still cutting hair. A clipper could be heard buzzing in the background.

Hair salons and barber shops have been closed for weeks by Gov. Gretchen Whitmer in an effort to prevent the spread of the coronavirus.

But Manke, wearing a mask, reopened on May 4, saying an extension of the governor’s order had “knocked me to my knees.”

He said he needs to work and can keep his shop and customers safe. Manke has been hailed as a hero by some people who have driven an hour or more to get a haircut.

“The government is not my mother, never has been,” Manke said Monday. “I’ve been in business longer than they’ve been alive.”