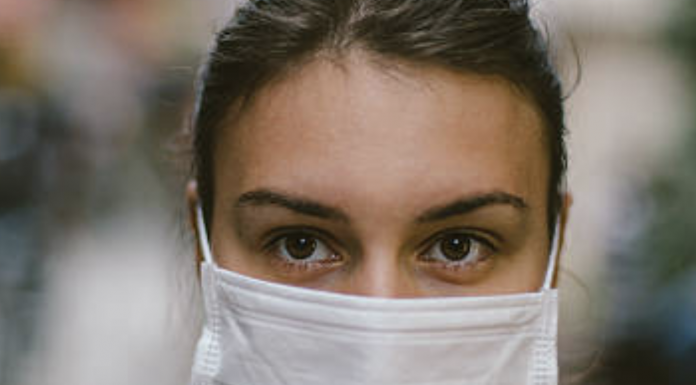 CNBC – The risk of being exposed to Covid-19 indoors is as great at 60 feet as it is at 6 feet — even when wearing a mask, according to a new study by Massachusetts Institute of Technology researchers who challenge social distancing guidelines adopted across the world.

Factors include the amount of time spent inside, air filtration and circulation, immunization, variant strains, mask use, and even respiratory activity such as breathing, eating, speaking or singing.

Bazant and Bush question long-held Covid-19 guidelines from the Centers for Disease Control and Prevention and the World Health Organization in a peer-reviewed study published earlier this week in Proceedings of the National Academy of Science of the United States of America.

“We argue there really isn’t much of a benefit to the 6-foot rule, especially when people are wearing masks,” Bazant said in an interview. “It really has no physical basis because the air a person is breathing while wearing a mask tends to rise and comes down elsewhere in the room so you’re more exposed to the average background than you are to a person at a distance.”

The important variable the CDC and the WHO have overlooked is the amount of time spent indoors, Bazant said. The longer someone is inside with an infected person, the greater the chance of transmission, he said.

Opening windows or installing new fans to keep the air moving could also be just as effective or more effective than spending large amounts of money on a new filtration system, he said.

Bazant also says that guidelines enforcing indoor occupancy caps are flawed. He said 20 people gathered inside for 1 minute is probably fine, but not over the course of several hours:

“What our analysis continues to show is that many spaces that have been shut down in fact don’t need to be … ” Click here to read more.