Cold-War Era Nuclear Test Radiation Showing Up In US Honey 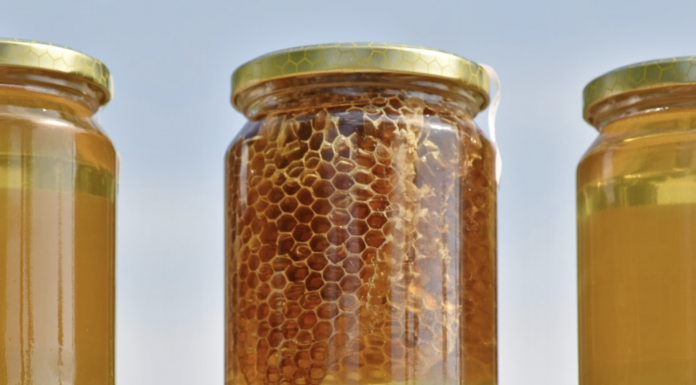 POPULAR MECHANICS – Drizzle some radioactivity in your tea?

Scientists say nuclear fallout from Cold War weapons testing is still showing up in U.S. honey today, and the secret to the lingering traces is a sneaky chemistry twist.

It’s important to note the levels are not high enough to be harmful, say the scientists, from the College of William & Mary. But how is radioactivity still lingering in honey production after 60+ years?

The key ingredient is called radiocesium. Radioactive cesium is a fission product thrown off by hundreds of nuclear weapon test blasts from global superpowers, including the U.S., during the ‘50s and ‘60s.

The isotope’s radioactive half life is 30 years, meaning the worst of the radiation from these specific test blasts is well behind us.

But the decades-old radiocesium is still in circulation for bees because it’s close enough to the element potassium, one of the essential nutrients for plants, humans, and other animals.

Plants mistakenly absorb radiocesium, believing it to be potassium.

Honey not only picks up local plants’ chemical composition, but magnifies it because of the mechanism of how honey is made, say the scientists.

Bees consume nectar and, like the people who turn maple sap into syrup, concentrate the nectar so it’s up to five times thicker.

What’s left has even more of the local chemical composition …