Ernby is survived by her husband, Axel Mattias Ernby, who said on Facebook that his wife was not vaccinated.

Orange County Deputy District Attorney Kelly Ernby, who ran for state Assembly as a Republican and had recently been vocal about her opposition to California’s vaccine mandates, has died a week after telling friends she was sick with COVID-19.

Ernby’s death was reported Monday by the Orange County Register, which didn’t say when she died. She was 46.

“I lost a dear friend to Covid complications. You’ve been nothing but an inspiration to many of us here in Orange County.” – Ben Chapman, chair of the Greater Costa Mesa Republicans

Ernby, a Huntington Beach resident, had served for more than a decade as a deputy DA, working primarily on environmental law and consumer protection cases, the Register said.

Ernby ran for the Assembly in 2020 as a “pro-business, pro-taxpayer, political outsider” who wanted to “bring back conservative values in California.” 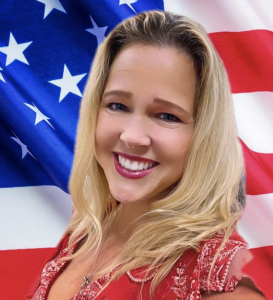 After losing her primary bid, she became active in local GOP politics, taking on leadership roles for the party’s Precinct Operations and Voter Registration committees.

The Register said Ernby commented frequently on Twitter about her opposition to mandates for COVID-19 vaccines.

During a Dec. 4 rally in Irvine against vaccine mandates, Cal State Fullerton’s Daily Titan newspaper reported Ernby drew parallels between the 1960s and today, saying in both eras people faced losing freedoms to what she termed socialist ideals.

Ernby was widely expected to run again for state office in 2022.