Shelley Luther: “I just woke up one day and I said, ‘I have to open'” 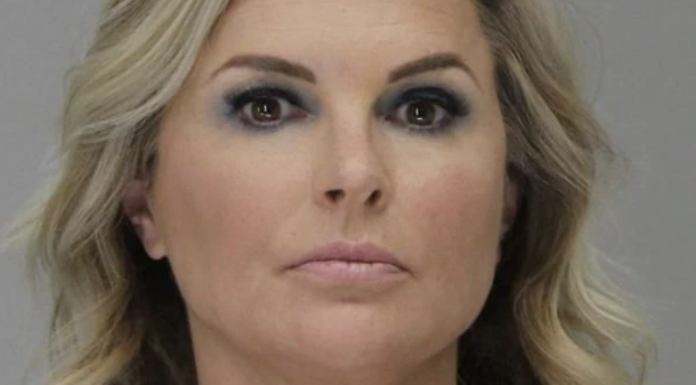 Judge Who Sentenced Shelley Luther Should Serve The Rest Of Her 7-Day Sentence – Agree or Disagree?

Luther said she is feeling much better after being allowed to go back home, and told host Sean Hannity she stands by her decision not to apologize as instructed by state District Judge Eric Moye.

“That was the last thing I was going to do, honestly,” she said. ” … I just couldn’t, I couldn’t bring myself to apologize.”

Moye gave Luther the option of avoiding prison if she apologized for what he described as her “selfish” behavior, paid a fine and kept her doors closed until Friday, when hair salons across Texas can open with restrictions.

“We were shut down March 22, so it had been several weeks that the government was kind of telling us the [small business] money was coming,” Luther told Hannity. “The Dallas County Judge, Clay Jenkins, kept pushing back the date of when we would open weeks out in advance, before we would hear any new comings of what was going on with masks or whatever.

“When he finally pushed it back a final time I just woke up one day and I said, ‘I have to open, my stylists are calling me, they’re not making their mortgage,'” she continued. ” … I’m two months behind on my mortgage.

“My stylists were telling me that they wanted [to go] underground and go to people’s houses,” she said. “I just said, ‘You know, that’s not a good idea because we can’t control the environment there. We don’t know if it’s been disinfected or anything like that,’ and I just decided I would open.”

Luther added that during the time she was open in defiance of the order, the salon instituted strict sanitation and social distancing measures … Read more.

Who is Eric Moyé, the Dallas judge who jailed salon owner Shelley Luther?

This isn’t the first controversial case for state District Judge Eric Moyé, a Democrat who is reported to have received hateful, racist messages since his ruling.

By Dana Branham and LaVendrick Smith

DallasNews.com – Those who know state District Judge Eric Moyé say he’s a principled judge with a reverence for the law who doesn’t shy away from tough cases.

He certainly didn’t Tuesday when he ordered Dallas salon owner Shelley Luther to jail after she refused to close up shop in violation of emergency orders enacted in response to the coronavirus pandemic.

Moyé, 65, sparked ire from conservatives in Texas and across the country. But colleagues and friends say he was fair, as they’ve always known him to be.

“I’ve never known the judge to seek the spotlight, but he also leans into doing his job,” said state Rep. Rafael Anchía, who has known Moyé as a colleague and friend for about 20 years. “If that is part of the job, then I think he is happy to defend the rule of law against any criticism.”

Moyé, a Democrat elected to the 14th District Court in 2008, faced widespread backlash after he sentenced Luther on Tuesday to seven days in the Dallas County jail.

Luther, who owns Salon à la Mode in Far North Dallas, was also fined $7,000 for keeping the salon open after Moyé issued a temporary restraining order against the business, which had closed in March following a county stay-at-home order but had then reopened.

Moyé gave her a chance to avoid jail time by apologizing and admitting she had acted selfishly, putting her interests ahead of the community’s. But she refused, saying she needed to support her family.

The judge’s ruling came as tensions have flared over the reopening of businesses shuttered to slow the spread of the coronavirus. Moyé declined to comment, but in a letter signed by 11 other state district judges, he responded to criticism from Attorney General Ken Paxton, who called Wednesday for Luther’s release from jail.

“For the sake of ALL of the citizens of Texas, please let the Judicial process play out without any further interference,” the judges wrote in their letter to Paxton, calling the attorney general’s comments inappropriate … Read more.

Who is District Judge Eric Moye?

Judge Who Sentenced Shelley Luther Should Serve The Rest Of Her 7-Day Sentence – AGREE or DISAGREE?