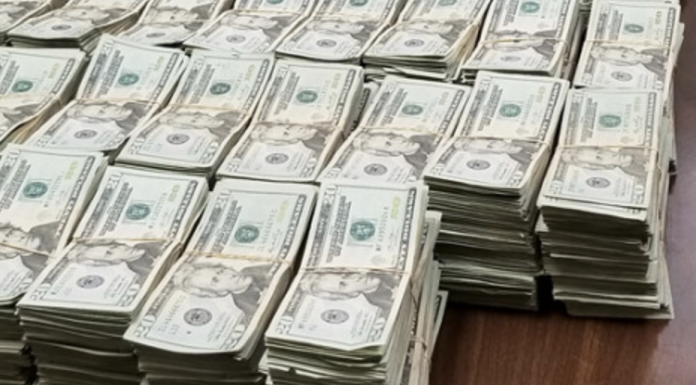 “The ordering physician … authorized genetic testing for hundreds of patients across the country that he never saw, examined, or treated.”

Kacey C. Plaisance, 38, of Altamonte Springs, Florida, pleaded guilty by videoconference before U.S. District Judge Brian R. Martinotti in Newark federal court to an information charging him with two counts of conspiracy to defraud the United States in connection with schemes to commit health care fraud and violate the Anti-Kickback Statute.

Plaisance and five co-defendants were previously charged by indictment in September 2019 in connection with the conspiracies.

According to documents filed in this case and statements made in court:

Plaisance and his conspirators operated Ark Laboratory Network LLC (“Ark”), a company that purported to operate a network of laboratories that facilitated genetic testing.

Ark partnered with Privy Health Inc., a company that another conspirator operated, and another company to acquire DNA samples and Medicare information from hundreds of patients through various methods, including offering $75 gift cards to patients, all without the involvement of a treating health care professional.

A co-defendant, Matthew S. Ellis, a physician based in Gainesville, served as the ordering physician who authorized genetic testing for hundreds of patients across the country that he never saw, examined, or treated. These included patients from New Jersey and other states where Ellis was not licensed to practice medicine.

Ellis, Plaisance, and their conspirators submitted and caused to be submitted fraudulent orders for genetic tests to numerous clinical laboratories. These orders falsely certified that Ellis was the patients’ treating physician and, in some cases, falsely indicated that a patient had a personal or family history of cancer.

In 2018 alone, Medicare paid clinical laboratories at least $4.6 million for genetic tests that Ellis ordered in this manner.

Plaisance and his conspirators entered into kickback agreements with certain clinical laboratories under which the laboratories paid Ark bribes in exchange for delivering DNA samples and orders for genetic tests.

Ark concealed these kickback arrangements through issuing sham invoices to laboratories that purportedly reflected services provided at an hourly rate even though the parties had already agreed upon the bribe amount, which was based on the revenue the laboratories received from Medicare or an amount paid for each DNA sample. In 2018, the clinical laboratories paid Ark at least $1.8 million in bribes.

Each of the counts to which Plaisance pleaded guilty carry a maximum penalty of five years in prison and a fine of $250,000, or twice the gross gain or loss from the offense. Plaisance’s sentencing is scheduled for Sept. 17, 2020.

U.S. Attorney Carpenito credited the U.S. Department of Health and Human Services, Office of Inspector General, under the direction of Special Agent in Charge Scott J. Lampert; and special agents of the U.S. Attorney’s Office for the District of New Jersey, with the investigation leading to today’s guilty plea.

The government is represented by Senior Trial Counsel Bernard J. Cooney of the Health Care Fraud Unit of the U.S. Attorney’s Office in Newark.

The charge and allegations against the remaining defendants are merely accusations, and they are presumed innocent unless and until proven guilty. Source.

ALSO ON HEADLINE HEALTH TODAY: Judge Should Serve Rest Of Salon Owner’s Sentence Himself – YES or NO? | COVID-19 May Be A STD | Pork Kill Floor Reopens Monday