She was devastated by vaginal-mesh surgery. Now she helps others recover 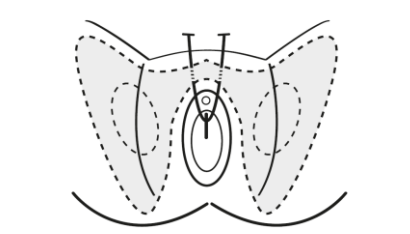 THE GUARDIAN – In 2015, Kath Sansom was the “ridiculously superfit mother of two adult daughters”. She did high-board diving, mountain biking, swimming and boxing.

She had started to have a few “embarrassing leaks” while exercising, so Sansom did what many women do in her situation:

she went to her GP, who referred her for transvaginal tape surgery, in which a small piece of mesh is fitted around the urethra to prevent incontinence.

“I assumed it was a bit like a coil,” says Sansom, 54, a PR manager from Cambridgeshire, “and if I didn’t get on with it, I could have it taken out. I had no idea it was permanent.”

When Sansom awoke from her surgery, she was in pain, but expected it to settle down. “But the pain got worse,” she recalls.

“I felt so stupid that I’d gone in for surgery and not even Googled it before I did. I trusted my doctor.”

“It frightened me. I have good pain tolerance but I’d never experienced pain like it. It was like someone had punched down my legs. My groin burned. I could barely take my dog for a walk.”

Sansom started researching and learned that the procedure had been suspended in Scotland since 2014, after concerns over side-effects. “I felt so stupid,” she says, “that I’d gone for surgery and not Googled it beforehand. I trusted my doctor.”

She decided to raise awareness of the possible side-effects of the procedure and founded Sling the Mesh in June 2015. Within days she had 20 members; now there are 9,400.

Everyone in the group has been devastated by mesh. “Seven out of 10 women have lost their sex lives,” says Sansom. “A quarter are suicidal. The devastation on the page is so awful” … READ MORE.