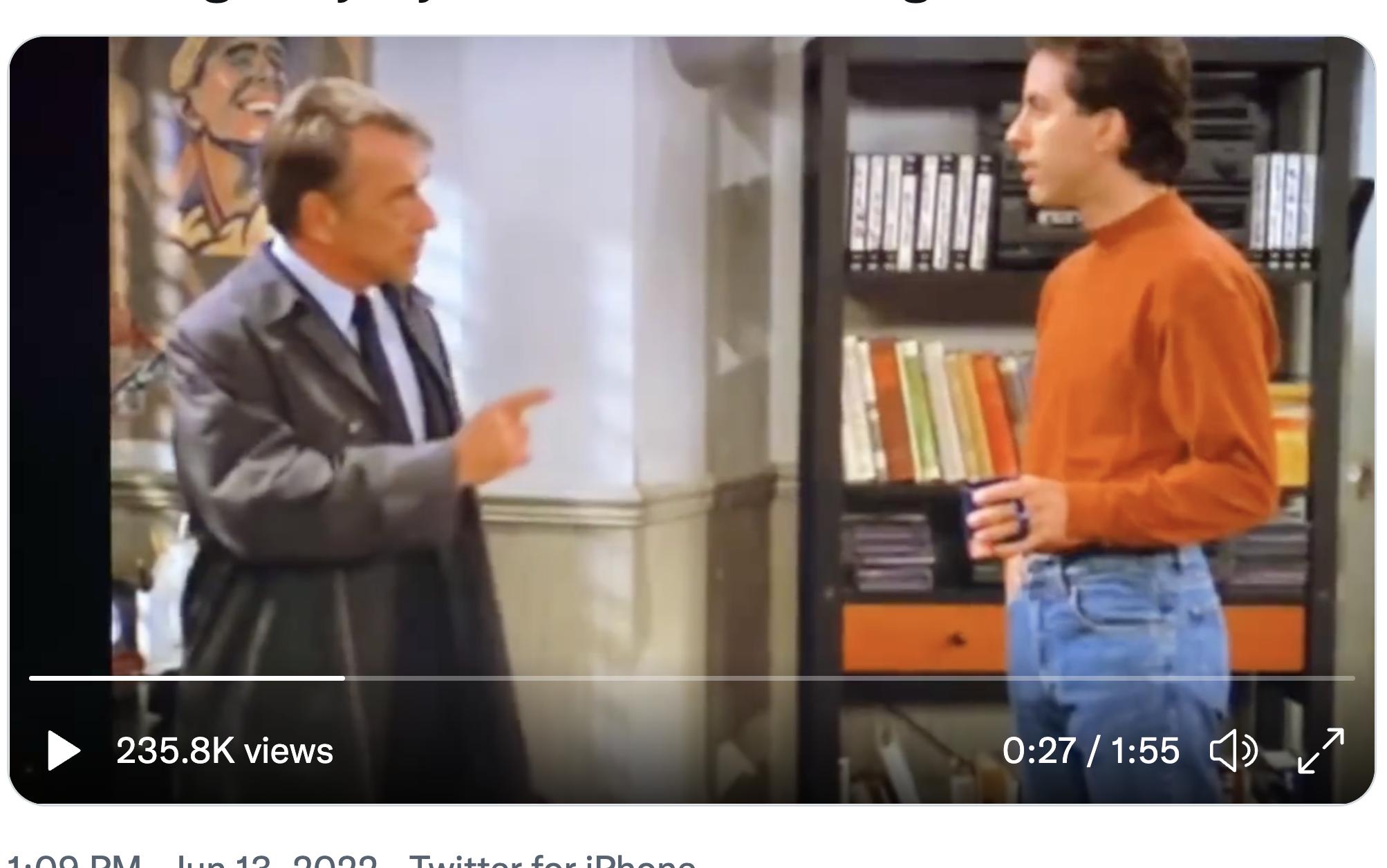 "Philip has made me laugh harder than any actor I've worked with." – Seinfeld co-creator Larry David

BBC – Philip Baker Hall, the US character actor who had a much-loved guest role in the sitcom Seinfeld, has died at the age of 90.

Hall played a haranguing librarian who accused Jerry Seinfeld of not returning a long overdue library book in a memorable 1991 episode.

The actor’s turn proved so popular, he returned for the show’s finale.

Hall also starred in films such as The Truman Show, Rush Hour and Paul Thomas Anderson’s Magnolia and Boogie Nights.

Philip Baker Hall as Bookman on Seinfeld was perfection. The second best thing about this clip is watching Jerry try his best not to laugh pic.twitter.com/M3CsxYZawh

Speaking to the newspaper about Hall’s portrayal of Bookman, David said “he was so committed to that character that he had us on the floor. Jerry had problems getting through the scene”.

Anderson, whose films include this year’s Oscar-nominated Licorice Pizza, enjoyed a long professional relationship and friendship with Hall.

“I have a particular fascination with character actors, with wanting to turn them into lead actors,” Anderson told The Los Angeles Times in 1998. “I see Philip Baker Hall, he’s just… an actor that I love. There’s no one else with a face like that, or a voice like that.”

The pair met when Anderson was a production assistant on a TV film Hall was working on in the early 1990s, spending time drinking coffee and smoking together during breaks … READ MORE