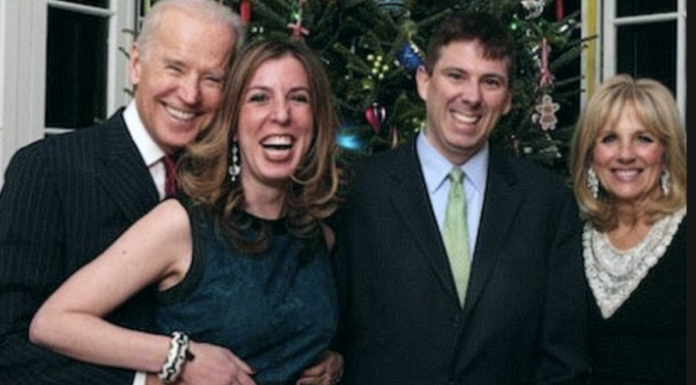 Headline USA – The Secret Service admitted it had destroyed the records of a 2009 fight involving one of its agents and then-Vice President Joe Biden that stemmed from Biden allegedly cupping the breasts of the agent’s wife.

“We had to cancel the VP Christmas get together at the Vice President’s house because Biden would grope all of our wives and girlfriend’s asses,” said the unnamed whistleblower.

“He would mess with every single woman or teen,” the agent continued. “It was horrible.”

As for the 2009 assault, the victim’s husband reportedly was suspended for a week after “shoving Biden,” who had groped the man’s wife while the couple was posing with him for a photo.

“The situation got so heated … that others had to step in to prevent the agent from hitting the then-Vice President,” the whistleblowing agent revealed to the Gateway Pundit.

The Secret Service insisted following the recent Freedom of Information lawsuit that the records had been destroyed due to “retention standards,” Judicial Watch said in a press release.

Nonetheless, Judicial Watch President Tom Fitton said the official acknowledgment of the incident was a victory unto itself.

“We had not been able to confirm whether the report about the alleged altercation might be true until the Secret Service itself suggested it destroyed records about the incident,” Fitton said.

In the wake of the #MeToo movement, greater scrutiny has been placed on such indiscretions involving powerful men.

Likewise, former Sen. Al Franken, D-Minn., was forced to resign over a photo that showed him cupping the breasts of a woman while she slept.

Many of Biden’s uncomfortable and uninvited gropes also have been caught on camera, including a widely publicized video of him massaging and sniffing the hair of Stephanie Carter, the wife of then-Secretary of Defense Ash Carter.

Another notorious video depicts Biden intimately whispering in the ear of Sen. Chris Coons’s underage daughter, much to the girl’s obvious discomfort.

Although former congressional aide Tara Reade came public with credible accusations of a sexual assault that garnered headlines earlier this year, Biden has continued to stonewall on it, backed by many in the mainstream media.

The New York Times dismissed Reade’s allegations, despite supporting testimony from several witnesses and a contemporaneous video that appeared to show Reade’s now-deceased mother discussing the rape in a phone call to Larry King Live.

The University of Delaware, which houses Biden’s official papers from his 36 years in the Senate, has refused to grant access to the archives.

Biden: Shut This Country Down