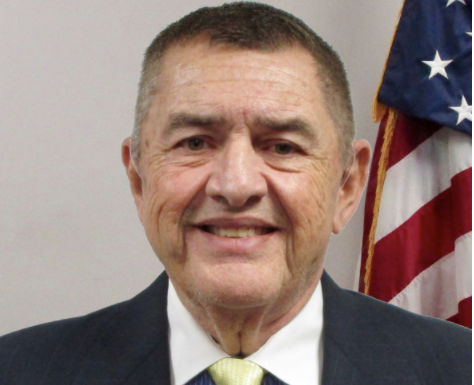 "She is right off the wingnut streets of San Francisco what do you expect from a streetwalker who has no clue about America." Linden (NJ) School Board member Gregory Martucci

FOX NEWS – A school board member in New Jersey has received a “no confidence” vote from colleagues despite his apology for referring to Vice President Kamala Harris as a “street walker,” according to reports.

At the same meeting, some members of the public called for Martucci to step down, the report said.

Martucci attended the meeting but did not comment, a district spokesman told the news site. [As of Friday, July 2, the Linden School District website still lists Martucci as a board member.]

Earlier this month, Martucci had responded in the comments section to a recent Facebook post about Harris and immigration by conservative comedian Terence K. Williams, according to reports.

“She is right off the wingnut streets of San Francisco what do you expect from a street walker who has no clue about America,” Martucci responded, according to WNBC-TV of New York City.

But after Martucci’s online comment drew sharp backlash from the city’s mayor and others in the community, he issued an apology, MyCentralJersey.com reported.

He wrote that his post “does not reflect who I am in both my private and public lives.”

“My actions to this point have always reflected a positive support for all women and for all cultures,” Martucci continued, according to the outlet. “I assure you that I will continue to support all women and all cultures.”

“I assure you that I will continue to support all women and all cultures.”

Linden Mayor Derek Armstead spoke out against the insult issued by Martucci, who has served on the school board since 2017 and was previously a member of the city council.

“I mean, what message are you sending to our young people? That Kamala Harris is a ‘wingnut’ or a street walker, which essentially means prostitute. Let’s clear the air here,” the mayor said, according to WNBC.

“I will do everything humanly possible to make sure that we don’t have people who think that way on our boards who represent our children and represent the city,” the mayor added.

Armstead was asked if Martucci should step down from the board.

“Yes, I’ll help him leave,” the mayor responded, according to WNBC.

“He degraded her, for what purpose? For what reason?” Waye asked. “For me as a woman of color, as a Black woman, as an African-American, I find it very upsetting. I don’t take it lightly because words do matter.”

Linden Schools Superintendent Marnie Hazleton told NJ.com that the matter was under review.

“At this time we do not have any additional comments related to this matter,” Hazleton said, according to the report.

Martucci, a retired schools administrator and teacher, receives an annual pension of $133,503, according to state pension records, NJ.com reported.