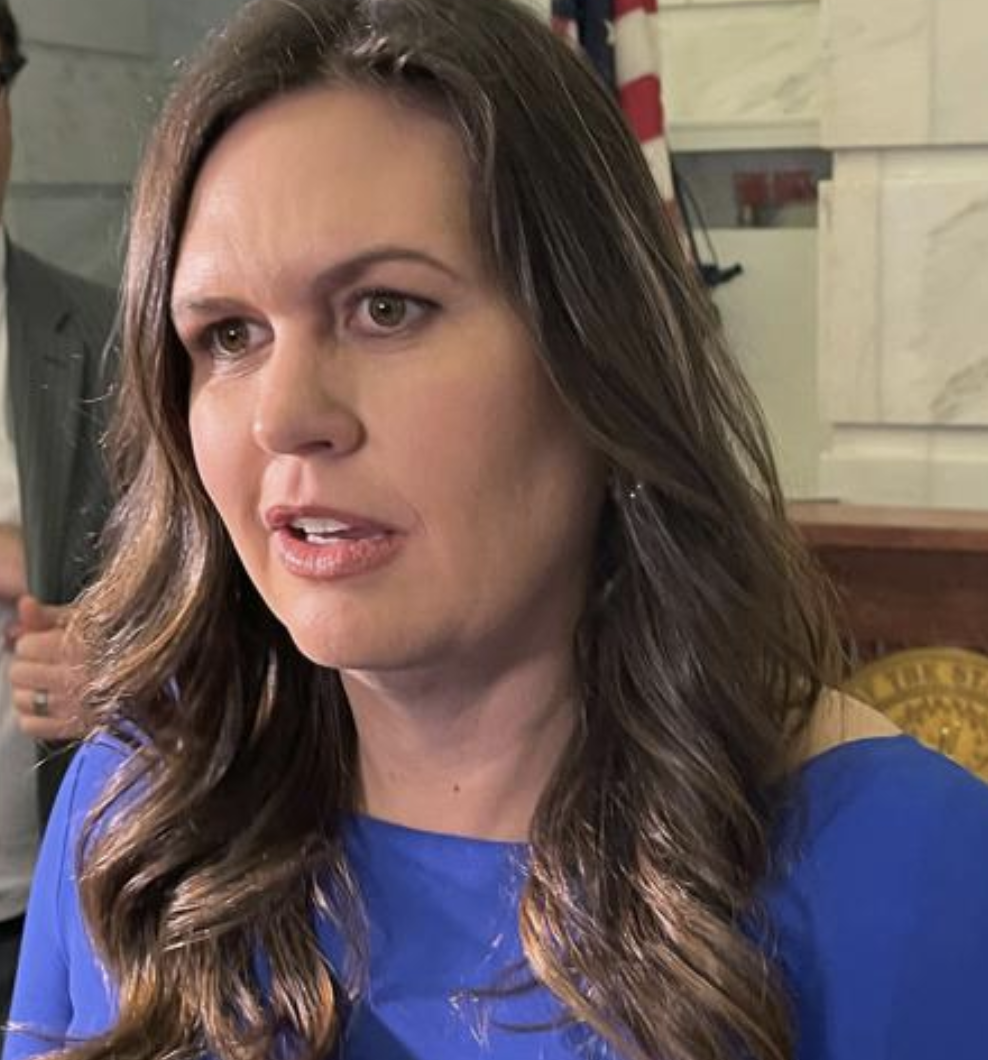 "Our hearts go out to you, Sarah. Our family is thinking of you and praying for you ... "

Sanders announced she underwent the surgery after a biopsy earlier this month revealed that she had thyroid cancer. Sanders was recovering at an Arkansas hospital on Friday, her campaign said.

“Today, I underwent a successful surgery to remove my thyroid and surrounding lymph nodes and by the grace of God I am now cancer-free,” Sanders said in a statement released by her campaign.

“I want to thank the Arkansas doctors and nurses for their world-class care, as well as my family and friends for their love, prayers, and support.”

Sanders, who served as former President Donald Trump’s spokeswoman until 2019, is running against Democratic nominee Chris Jones. She is the daughter of former Gov. Mike Huckabee.

“Our hearts go out to you, Sarah. Our family is thinking of you and praying for you and your family,” Jones and his wife, Jerrilyn, said in a statement. “It’s truly a blessing that you caught this cancer early and were able to receive world-class treatment so quickly.”

Sanders, who has shattered fundraising records in the race, is heavily favored in the predominantly Republican state of Arkansas. [Sanders has a 30-point bulge over Jones according to a poll released 9/13/2022 by Echelon Insights.]

The state’s current Republican governor, Asa Hutchinson, is leaving office in January due to term limits.

“We hope you’re back on the campaign trail soon!” he tweeted.

A doctor for Sanders said in a statement that he expected her to be back on her feet within the next 24 hours. Dr. John R. Sims, a surgeon at CARTI Cancer Center in Little Rock, said Sanders will need adjuvant treatment with radioactive iodine and continued long-term follow up care.

Sims said Sanders’ cancer was a stage 1 papillary thyroid carcinoma, the most common type of thyroid cancer and said she has an “excellent” prognosis.

“I think it’s fair to say she’s now cancer free, and I don’t anticipate any of this slowing her down,” Sims said.

During Sanders’ nearly two-year tenure at the White House, she scaled back daily televised briefings after repeatedly sparring with reporters and faced questions about her credibility. But she also earned reporters’ respect working behind the scenes to develop relationships with the media.

Sanders was well known in Arkansas politics before launching her governor’s bid, going back to when she appeared in ads for her father’s campaigns. She managed Sen. John Boozman’s 2010 election and worked as an adviser to Sen. Tom Cotton’s in 2014.
She’s run primarily on national issues in the Arkansas race, promising to use the governor’s office to fight President Joe Biden and the “radical left.”