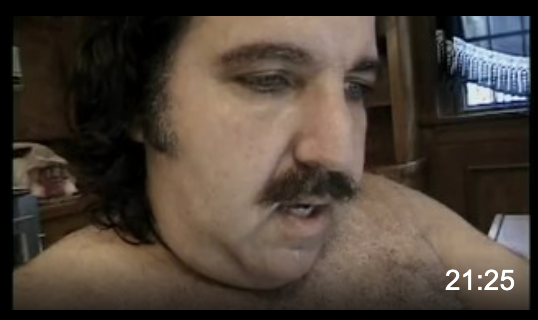 Jeremy, whose legal last name is Hyatt, is accused of sexually assaulting the women over a 23-year span between 1996 and 2019, according to the district attorney’s office. The victims range in age from 15 to 51.

Other charges include two counts of sexual penetration of an unconscious or asleep person and one count each of lewd act upon a child under the age of 14 or 15, sodomy by use of force and assault with intent to commit rape, the district attorney’s office said.

“His position is the same (as) when the criminal complaint was filed,” Jeremy’s attorney, Stuart Goldfarb, said in a statement to CNN. “He is innocent of all charges … ” READ MORE.

NEXT: Americans’ adult content usage spiked early in the pandemic

WebMD – Move over, Netflix. You’re not the only video streaming outfit to benefit from the COVID-19 lockdown.

In findings likely to surprise no one, new research shows Americans’ adult content usage spiked dramatically in the early months of the pandemic, as stay-at-home orders limited other types of … outlets.

But the study, which was based on a nationwide survey and adult content website traffic reports, also found that by October, adult content use had fallen to pre-pandemic levels. That was true, even for those who reported a big uptick in their erotica viewing habits at first.

What’s more, researchers say they found no evidence of significant hikes in problematic behaviors, such as addictive, compulsive, risky, or unhealthy activities.

They also uncovered no signs that depression or anxiety levels rose among avid adult content users.