Rand Paul To Fauci: “Admit It” 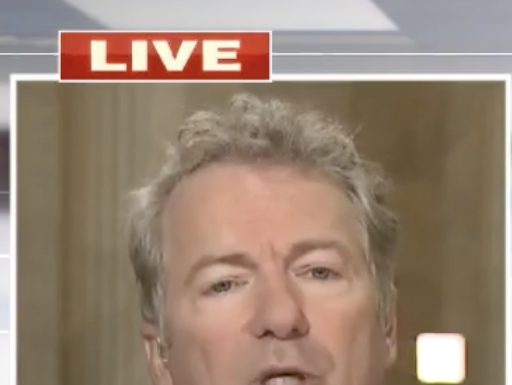 FOX NEWS – Sen. Rand Paul and Dr. Anthony Fauci had the latest in their series of tense exchanges Thursday, when the director of the National Institute of Allergy and Infectious Diseases appeared before the Senate Health, Education, Labor & Pensions Committee.

Paul has been a fierce critic of Fauci, accusing him of falsely denying that the government has funded “gain-of-function” research at the Wuhan Institute of Virology, where Paul believes COVID-19 likely originated.

Fauci has denied this and continued to do so in no uncertain terms.

“Dr. Fauci, I don’t expect you today to admit that you approved of NIH funding for a gain of function research in Wuhan, but your repeated denials have worn thin,” Paul told Fauci as a precursor to his questioning.

Paul stated that the National Institutes of Health admitted that it funded a grant to EcoHealth Alliance with a sub-award to the Wuhan lab.

“Will you today finally take some responsibility for funding gain of function research in Wuhan?” – Sen. Ron Paul to Dr. Anthony Fauci

Paul said that as part of this work, it engaged in experiments in Wuhan that led to the creation of viruses that do not occur in nature and increased in deadliness.

“The facts are clear. The NIH did fund gain of function research in Wuhan despite your protestations,” continued Paul, claiming that Fauci’s “persistent denials … are not simply a stain on your reputation but are clear and present danger to the country and to the world.”

Fauci has argued, and did so again later in the hearing, that the viruses studied at Wuhan that the NIH funded “could not possibly have turned into SARS-CoV-2,” but Paul noted that this argument was misleading because “no one is alleging that.”

What Paul did say was that the research in Wuhan “could cause a pandemic even worse the next time.”