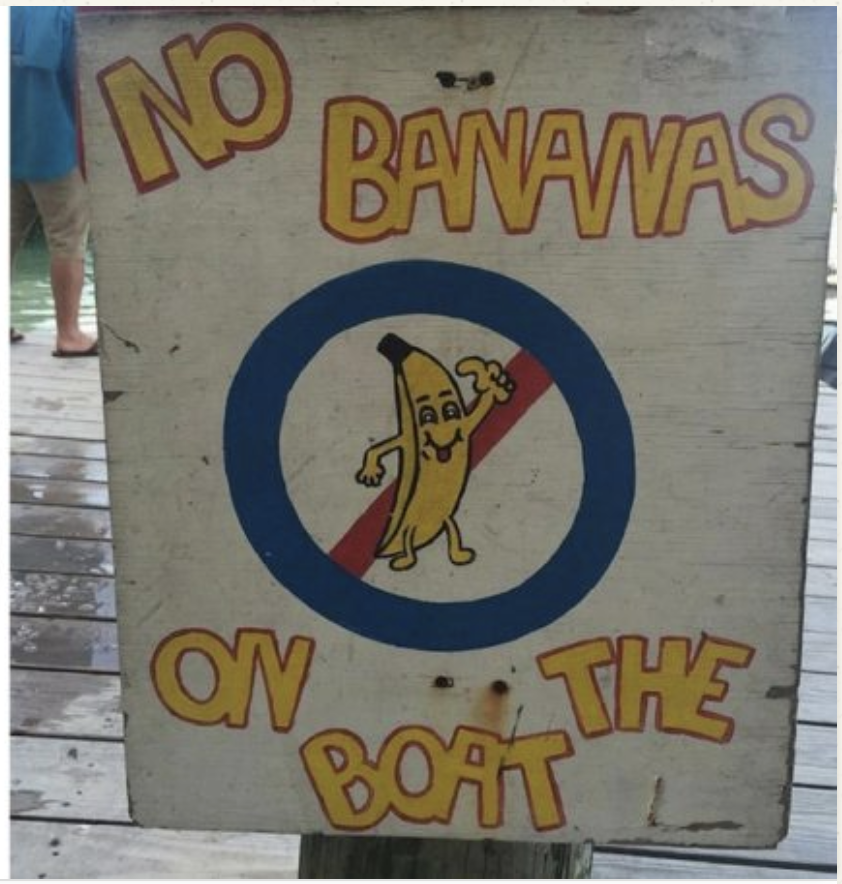 Smugglers forgot one rule: bananas on a boat are bad luck

The cocaine was hidden in the hold of three cargo ships that docked in Setubal, a port about 50 kilometers (30 miles) south of the Portuguese capital Lisbon, police said.

The ships made regular Atlantic crossings, and the cocaine was destined for several European countries, according to police.

The seizure happened in recent weeks, police said, but a statement gave no specific date.

Though large cocaine seizures aren’t uncommon in Portugal, or the rest of Europe, police said it was one of the largest ever in the country. The drugs have an estimated local street value of more than 300 million euros ($315 million).

“Fisherman believe bananas are bad luck, as well as blame them for not catching fish, mechanical issues, or even bad weather.” – Hubbard’s Marina, Madeira Beach, FL

Europe is currently the biggest world market for cocaine, the statement said. So far this year, police in Portugal have captured just over 12 metric tons of cocaine — an increase of almost 23% on the total for the whole of last year.

The European Union police agency Europol and other European police forces cooperated in the operation.

Meanwhile, police in northern Portugal said they worked with the Guardia Civil in neighboring Spain to break up an alleged criminal ring building powerful speedboats for Spanish gangs.

The boats are used to bring drugs, usually hashish, from Morocco into Spain and Portugal. Spain banned the boats four years ago in an effort to crack down on the smuggling.

Portuguese police seized 21 speedboats in different stages of construction, while Spanish police made 72 arrests in Spain, a statement said.

Also Thursday, police in southern Spain said they broke up a drug-smuggling ring and seized 1.2 metric tons of hashish hidden in a factory warehouse.