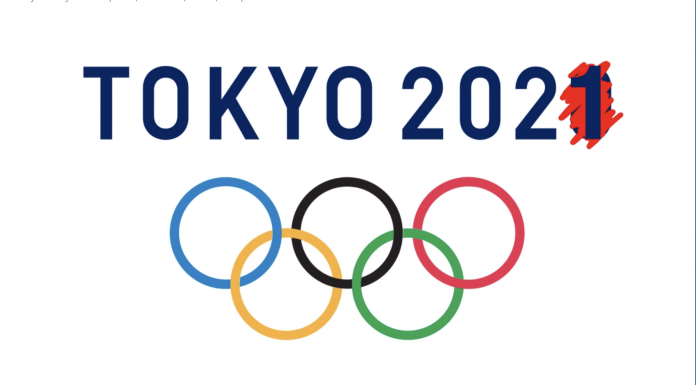 While grave Covid concerns surround the final arrangements for next month's scheduled Tokyo Olympics, officials plan to supply 160,000 condoms for the expected 11,000 athletes.

THE GUARDIAN – When the trickle of Olympic athletes arriving in Tokyo turns into a deluge next month, more than 11,000 competitors will find themselves in a “Covid-secure” bubble from which there will be no escape until their Olympic adventure ends, prematurely or with a medal.

Some will probably have to sit out the opening and closing ceremonies, while interaction with their peers in the Olympic village will be kept to a minimum, despite the provision of 160,000 condoms that embarrassed organisers have belatedly claimed are intended to be taken home – unused – as safe sex souvenirs.

The experience promises to be equally challenging for the public.

If Japanese sports fans watching at home turn up the volume on their TVs, they might just be able to make out the exertions of runners entering the home straight or the buzz of bicycle wheels on Izu velodrome’s wooden track.

Japan now has little time to make a decision on domestic spectators, with reports suggesting that those who have been fully vaccinated or can produce proof of a negative Covid-19 test will be allowed to attend events.

But even they may be reduced to “cheering” their Olympic heroes in near-silence as an extra precaution against the spread of the virus.

While Olympic officials insist that only “armageddon” will prevent Tokyo 2020 from going ahead, the pandemic has exposed the IOC’s ruthless instinct, said Jules Boykoff, a professor of political science at Pacific University and the author of NOlympians: Inside the Fight Against Capitalist Mega-Sports in Los Angeles, Tokyo and Beyond, and Power Games: A Political History of the Olympics.

“The IOC has long been a profit-gobbling cartel, and one of the most pervasive yet least accountable sport infrastructures in the world.

“It is notorious for looking out for its own interests ahead of those of the host city, and the Tokyo Games are confirming this in grim, yet vivid terms.

“I can’t think of another moment when it was so glaringly obvious to the general public that big money is fuelling the five-ring juggernaut … ” Click here to read more.