One Airline Is Done With Mask Scofflaws 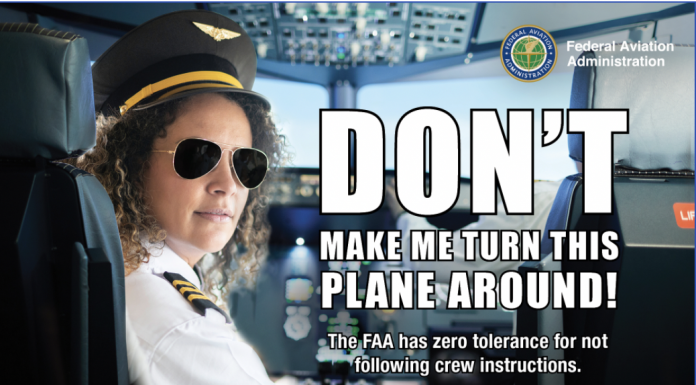 "This action will help prevent future incidents and serve as a strong symbol of the consequences of not complying with crew member instructions on commercial aircraft ... "

NEW YORK (AP) — Any person convicted of a disruption on board a flight should be added to the national “no fly” list, Delta Air Lines told the U.S. Department of Justice.

In a letter to the Justice Department Attorney General Merrick Garland dated Thursday, Delta CEO Ed Bastian said there should be “zero tolerance” for any behavior that affects flight safety.

Bastian noted that while such incidents of bad behavior represent a small fraction of overall flights on Delta, the rate of incidents on the airline has increased nearly 100% since 2019.

“This action will help prevent future incidents and serve as a strong symbol of the consequences of not complying with crew member instructions on commercial aircraft,” Bastian wrote in the letter furnished to The Associated Press by Delta Air Lines.

Delta has, along with its industry partner Airlines for America, been pushing since last year for heightened reporting, investigation and prosecution of those who interfere with on-board safety.

The airlines, based in Atlanta, said it has put nearly 1,900 people on Delta’s “no-fly” list for refusing to comply with masking requirements and submitted more than 900 banned names to the Transportation Security Administration to pursue civil penalties.

A spokesperson with TSA, which enforces the FBI “no fly” list of potential terrorist threats, referred a reporter to the FBI since that agency maintains the database. The FBI declined to comment.

The Justice Department could not be immediately reached for comment. The Federal Aviation Administration cited 4.9 reported unruly incidents per 10,000 flights the week ending Jan. 23, according to its website.

Under the alliance, the FAA will share information of passengers facing fines for unruly behavior with the TSA, which may remove the passenger from its pre-check screening eligibility, a privilege reserved for low-risk travelers.