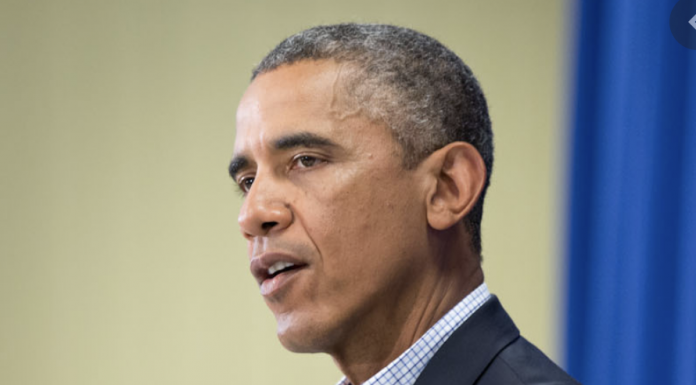 “It has been an absolute chaotic disaster.” – Barack Obama

BBC – Former US President Barack Obama has strongly criticized his successor Donald Trump over his response to the coronavirus crisis.

In a private conference call, he called the US handling of the pandemic “an absolute chaotic disaster”.

His remarks were made while encouraging former staff to work for Joe Biden’s presidential election team, CNN says.

During the call, Mr. Obama said his Republican successor’s approach to government was partly to blame for the US response to coronavirus.

“It would have been bad even with the best of government,” he was quoted as saying in the call. “It has been an absolute chaotic disaster when that mindset of ‘what’s in it for me’ and ‘to heck with everybody else’ when that mindset is operationalized in our government … ” Read more.

Obama told former members of his administration that combating the virus would have been bad even for the best of governments, but it’s been “an absolute chaotic disaster” when the mindset of “what’s in it for me” infiltrates government, according to a recording obtained by Yahoo News.

The U.S. debate over reopening lockdowns has polarized along partisan lines as over 33 million Americans have filed for unemployment and business activity has ground to a halt.

A federal stay-at-home recommendation has lapsed, leaving states to plot their own way out of lockdowns, creating a crazy-quilt patchwork of regulations across the country.

Cuomo was also criticized by some for not doing enough to counter the surge of deaths in nursing homes, where about 5,300 state residents have died.

Three members of the White House coronavirus task force, including Dr. Anthony Fauci, placed themselves in quarantine after coming in contact with someone who tested positive for COVID-19.

The United States has seen 1.3 million infections and nearly 80,000 deaths in the pandemic — the most in the world by far, according to a tally by Johns Hopkins University.

Businesses in the U.S. continue to struggle as more employers reluctantly conclude that their laid-off employees might not return to work anytime soon.

Some malls have opened up in Georgia and Texas, while Nevada restaurants, hair salons and other businesses were able to have limited reopenings Saturday after nearly two months of restrictions.

About 1,500 opponents of Washington’s stay-at-home order to slow the coronavirus rallied again Saturday at the state Capitol, while some residents who reported stay-at-home violators said they’ve received threats after far-right groups posted their personal information on Facebook.

Such protests have drawn relatively small crowds in several states despite encouragement from the White House, which is anxious to see the U.S. economy reopen.

Worldwide, health officials are anxiously watching to see just how much infection rates rise in a second wave as nations and states emerge from varying degrees of lockdown.

Later Sunday, British Prime Minister Boris Johnson was expected to take a different tack, keeping most restrictions in place as he reveals a ‘road map’ for the future of the country that has the most official virus deaths in Europe at over 31,600.

Eleven of 12 domestic infections were in the northeastern province of Jilin, which prompted authorities to raise the threat level in one of its counties, Shulan, to high risk, just days after downgrading all regions to low risk.

Authorities said the Shulan outbreak originated with a 45-year-old woman who had no recent travel or exposure history but spread it to her husband, her three sisters and other family members. Train services in the county were being suspended.

“Epidemic control and prevention is a serious and complicated matter, and local authorities should never be overly optimistic, war-weary or off-guard,” said the Jilin Communist Party secretary, Bayin Chaolu.

Jilin also shares a border with North Korea, which insists it has no virus cases, much to the disbelief of international health authorities.

It was the first time that South Korea’s daily infections were above 30 in about a month. President Moon Jae-in said citizens must neither panic nor let down their guard, but warned that “the damage to our economy is indeed colossal as well.”

Across Europe, many nations were easing lockdowns even further on Monday even as they prepared to clamp down on any new infections.

Germany, which managed to push daily new infections below 1,000 before deciding to loosen restrictions, has seen regional spikes in cases linked to slaughterhouses and nursing homes.

By Saturday, the country’s public health authority said new infections were above 1,000 again.

German officials have expressed concerns about the growing number of large demonstrations, including one in the southwestern city of Stuttgart that drew thousands of participants.

Police in Berlin stepped in Saturday after hundreds of people failed to respect social distancing measures at anti-lockdown rallies in the German capital.

Chancellor Angela Merkel and the governors of Germany’s 16 states last week cleared the way for restaurants, hotels and remaining stores to reopen.

The country’s soccer league resumes next week, despite a number of professional players testing positive for COVID-19, and more students are returning to school beginning Monday.

France, which has a similar number of infections as Germany but a far higher death toll, is also letting some younger students return to school Monday after almost two months out.

Attendance won’t be compulsory right away, leaving parents to make the difficult decision of whether it’s safe to send their children back to school or not.

Residents in some Spanish regions will be able to enjoy limited seating at bars, restaurants and other public places beginning Monday but Madrid and Barcelona, the country’s largest cities, will remain shut down.

In Britain, Johnson’s Conservative government has been criticized for being slow to react to the pandemic, but after falling ill with the virus himself Johnson has taken a tougher line.

In a speech to the nation Sunday night, he is expected to announce a 14-day quarantine for all travelers coming to the U.K. except those from Ireland, as part of measures aimed at avoiding a second peak of the pandemic.

Aviation and travel industry groups have already protested the expected measures as devastating to the British economy.

Russian officials attribute the sharp rise in part to increased testing, but health experts in the West say Russia’s coronavirus data has been significantly under-reported.

Worldwide, 4 million people have been confirmed infected by the virus, and more than 279,000 have died, according to Johns Hopkins University. Britain, Italy, Spain and France have reported from 26,000 to 32,000 deaths each.