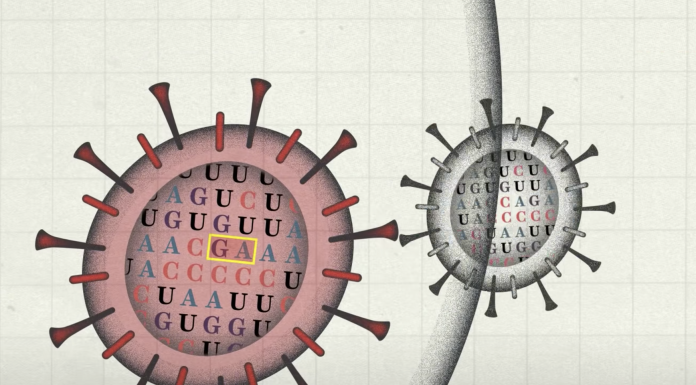 LONDON — A recently discovered subvariant of Covid-19′s delta strain now makes up 10% of new U.K. cases — but scientists have said there’s no reason to panic.

Known as AY.4.2, there are some concerns that it could be around 10% more transmissible than the original delta strain, but there is so far insufficient evidence to prove that this is the case.

The subvariant — which is thought to have emerged in the U.K. over the summer — has two additional mutations affecting its spike protein, part of the virus’s structure used to infiltrate cells.

Questions are still hanging over exactly how, or if, those mutations will affect how quickly it spreads.

In the last 28 days, AY.4.2 has accounted for around 10% of new Covid-19 cases, according to data from public health consortium Cog-UK.

That makes it the U.K.’s third most dominant version of Covid-19 for the past four weeks after the original delta strain and another of its so-called sublineages.

Despite its rise, public health officials in England have emphasized that so far, AY.4.2 does not appear to cause more severe disease or render existing vaccines less effective.

And according to biologists at England’s Northumbria University, the mutation has failed to take hold in several European countries, “dropping off the radar in Germany and Ireland.”

Christina Pagel, director of the Clinical Operational Research Unit at University College London, told CNBC via telephone that although delta’s new subvariant was definitely growing in the U.K. and elsewhere, it was not a huge cause for alarm.

“It looks like it has somewhere between a 12% and 18% transmission advantage over delta, so it’s not good news in that sense. It’s going to make things a bit more difficult, but it’s not a massive jump,” Pagel said.

“Delta compared to alpha was around 60% more transmissible, it was doubling every week … READ MORE.