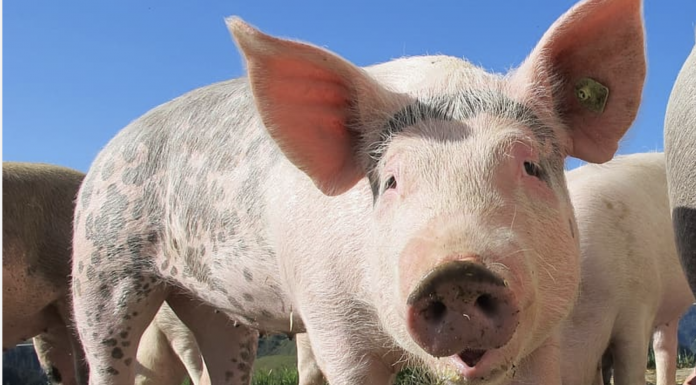 “We know it infects human cells.”

AP via South China News – An emerging coronavirus strain that causes gastrointestinal illness in swine – and is especially dangerous to baby pigs – could wreck the pork industry and has the potential to jump species and infect humans, a University of North Carolina study has found.

The study, published this week in the Proceedings of the National Academy of Sciences, looked at a virus called swine acute diarrhea syndrome, or Sads-CoV, that began to infect swine herds in China in 2016, causing diarrhea and vomiting.

It killed 90 percent of the piglets under five days old that contracted it.

The virus, which has not been detected in the United States, is in the same family as Sars-CoV-2, which causes Covid-19. Both viruses are thought to have emerged from bats.

Last year, a group of 14 UNC-Chapel Hill epidemiologists, immunologists, and microbiologists studied Sads-CoV to see if it could cross species and infect humans.

Caitlin Edwards and Rachel Graham of UNC’s Department of Epidemiology said on Thursday in a phone interview with The News & Observer that the team submitted its findings for publication in early 2020, before the Covid-19 pandemic hit.

But the swift spread of Covid-19 around the globe this year has emphasized the need for developing interventions for coronaviruses.

“If this virus did occur in the US, the primary concern would be the swine industry,” Graham said. But in experiments, the virus was able to adapt and use human liver, gut and airway cells as hosts. “We know it infects human cells,” Graham added.

The most likely way for the virus to move to humans would be through contact such as between workers and animals at hog farms.

China is the world’s larger swine producer, followed by the European Union and the United States. In the US, the industry is concentrated in the Midwest and in Eastern North Carolina … Read more.