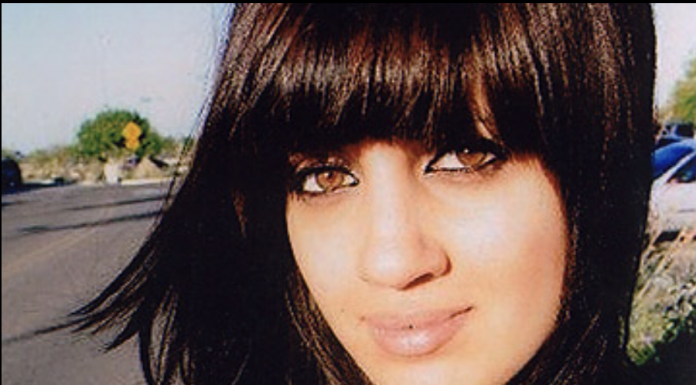 Young Muslim women who become 'too westernized' are in fear of their lives. Police: Arizona family tried to kidnap woman over dishonor

PHOENIX (AP) — Police arrested six members of a Phoenix-area family they say targeted a 20-year-old relative and tried to kidnap her because they disapprove of her boyfriend, who doesn’t share their Muslim faith.

The woman, who is 20 weeks pregnant, told police she was afraid her relatives will kill her because they believe she has brought dishonor to the family, detectives wrote in a probable cause statement filed in Maricopa County Superior Court following the arrests on Thursday.

Police believe the family wanted to send the victim back to Iraq, authorities wrote.

Police in the Phoenix suburb of Peoria said Friday the victim, her boyfriend and his family have filed more than 20 police reports from the West Valley to Yuma alleging crimes including disorderly conduct, harassment, aggravated assault and kidnapping. Police did not identify the victim or the boyfriend.

Those arrested include the victim’s parents, ages 63 and 59, and four siblings, who range in age from 31 to 36.

“The father, an Iraqi immigrant, was convicted of murder after prosecutors said he killed his daughter because he believed she had become too westernized.”

In court records, detectives describe accusations of threats and assaults, most recently at a medical building in Avondale last week.

Police said the relatives took the woman’s cell phone and purse, along with her boyfriend’s gun, during a “violent assault.” The woman grabbed onto a responding officer, pleading “please, don’t let them take me,” according to court records.

One of the woman’s brothers is accused of leaving a voicemail in May threatening to kidnap the boyfriend’s 15-year-old sister if the victim was not returned to her family, police said.

And earlier this year, the victim fled to Yuma with her boyfriend and his family in an attempt to escape her relatives, but they showed up at their hotel and attempted to kidnap her, according to police.

The victim told officers she was afraid of dying in an honor killing, referencing Noor Almaleki, who was 20 when her father ran over and killed her in a West Valley parking lot.

The father, an Iraqi immigrant, was convicted of murder after prosecutors said he killed his daughter because he believed she had become too westernized.