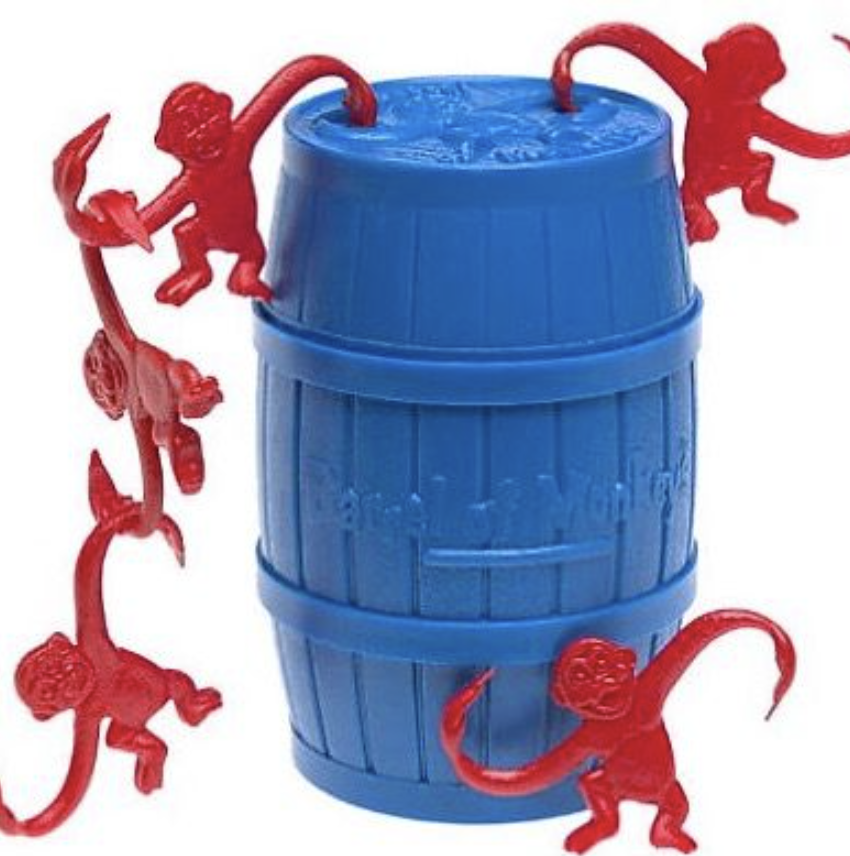 It's not nice to name things after monkeys, says the WHO. Will Monkey Bread and Barrel Full of Monkeys soon go the way of Aunt Jemima and Uncle Ben?

BBC – The World Health Organization says it is working with experts to come up with a new name for monkeypox.

It comes after more than 30 scientists wrote last week about the “urgent need for a non-discriminatory and non-stigmatising” name for the virus and the disease it causes.

Continued reference to the virus as African is both inaccurate and discriminatory, they said.

Some 1,600 cases of the disease have been recorded globally in recent weeks.

While 72 deaths have been reported in countries where monkeypox was already endemic, none have been seen in the newly affected 32 countries, such as the UK.

At the latest count, as of 12 June, there were 452 confirmed cases in England, 12 in Scotland, 2 in Northern Ireland and 4 in Wales.

The World Health Organization says it will hold an emergency meeting next week to determine whether to classify the outbreak as a public health emergency of international concern – the highest alarm the UN agency can sound.

“Anyone with the [monkeypox] virus should abstain from sex while they have symptoms.”

The only other diseases this has happened for in the past are Swine flu, polio, Ebola, Zika and Covid.

“For that reason I have decided to convene the Emergency Committee under the international health regulations next week, to assess whether this outbreak represents a public health emergency of international concern” … read more.