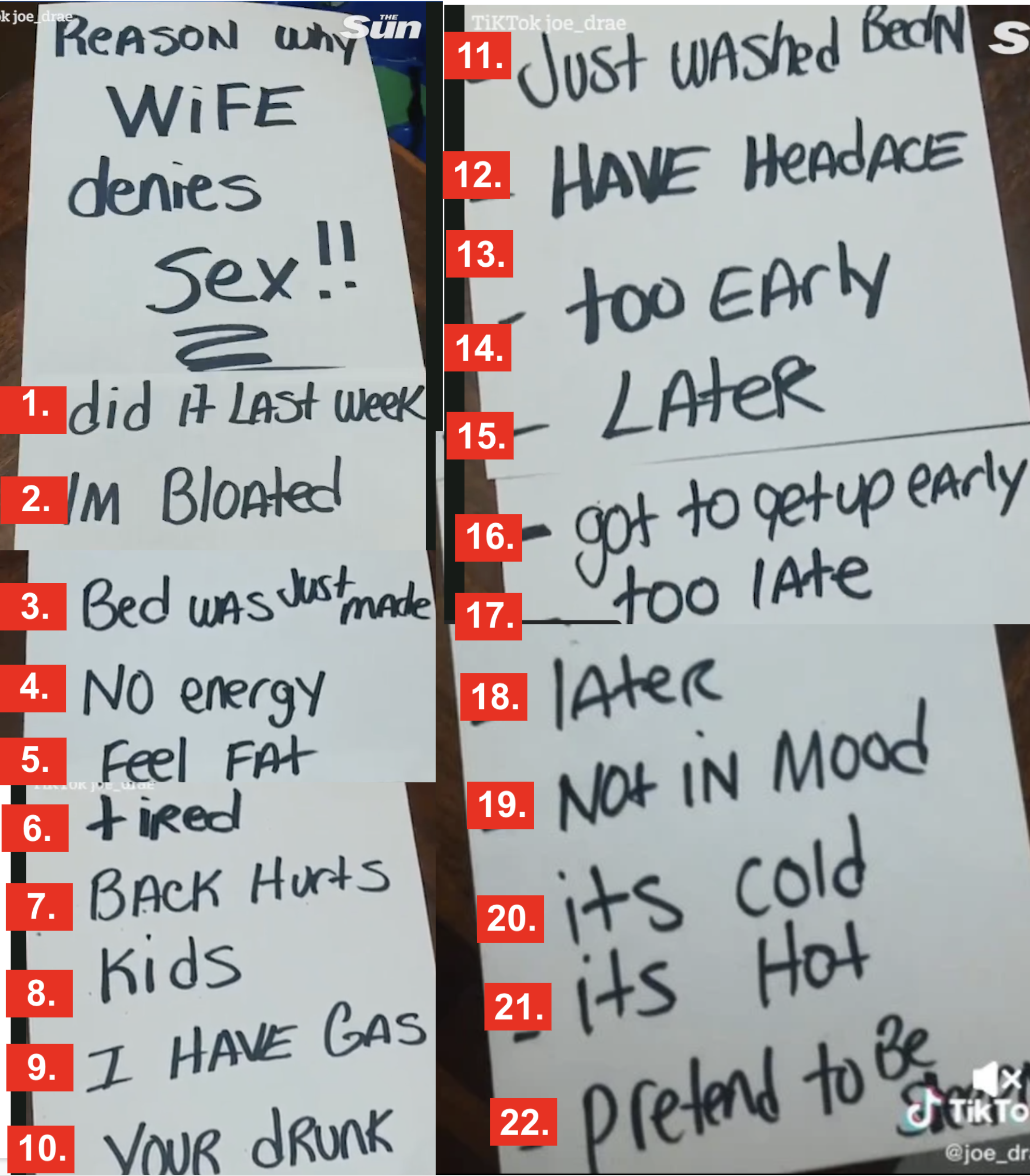 PLUS: How to Get a Woman to Have Sex With You If You’re Her Husband

THE SUN – A frustrated man decided to note down all the reasons his wife gave him for not getting frisky between the sheets — and after sharing the list online, the response may not have been what he expected.

Other excuses involved their bedding — she seemed keen to avoid sex on days it had just been washed.

She also turned down bedroom action if she “felt fat”, was “too tired”, if her “back hurt”, or if she had “no energy”.

Many people on TikTok found the list hilarious and could relate to it, while others quick to give the same feedback.

“It’s not her, it’s you,” one observer sharply pointed out … READ MORE

Many married couples are struggling with their relationships. Some couples put on a great act that everything is okay, but in reality, they feel empty and unhappy

Not everyone feels comfortable going to a therapist, and others have no other physical source to which the can get great guidance.

I have always been that guy who people open up to and come to for advice. Thus, becoming a certified relationship and life coach seemed natural to me …

READ MORE in How to Get a Woman to Have Sex With You If You’re Her Husband by Stephan Labossiere.