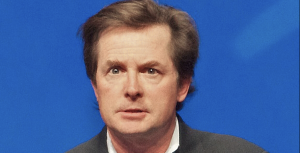 “There is a time for everything … “

He writes that “The nascent diminishment in my ability to download words and repeat them verbatim is just the latest ripple in the pond.”

“There is a time for everything, and my time of putting in a twelve-hour workday, and memorizing seven pages of dialogue, is best behind me,” he reportedly writes in his book. “At least for now.”

Fox came to fame starring on the comedy series “Family Ties” before making it big in films, including the “Back to the Future” franchise and “Teen Wolf,” and returning to television in “Spin City.”

“In fairness to myself and to producers, directors, editors, and poor beleaguered script supervisors, not to mention actors who enjoy a little pace, I enter a second retirement,” Fox writes … Read more.

Penn Live – Michael J. Fox was at the height of his success when he was diagnosed with Parkinson’s Disease at the age of 29 in 1991.

At the time, he had already starred on the hit sitcom “Family Ties,” and starred in blockbusters like “Teen Wolf” and the “Back to the Future” franchise.

Though a doctor told him he had 10 years left before his career would be over, Fox’s career has lasted for three decades since being diagnosed.

Though, his career has had longevity, he retired while on “Spin City” in 2000. He came out of retirement and won that second Emmy.

In his new memoir “No Time Like the Future: An Optimist Considers Mortality,” Fox reveals that he’s going into a second retirement due to his health.

Realizing that “not being able to speak reliably is a game-breaker for an actor” as well as having difficulty “remembering the words” … Read more.

Fox started displaying symptoms of early-onset Parkinson’s disease in 1990 while shooting the movie Doc Hollywood, and was diagnosed a year later.

After his diagnosis, Fox started drinking heavily and suffered from depression.

Since 2010, he has led a $100 million effort, which is the Foundation’s landmark observational study, to discover the biological markers of Parkinson’s disease with the Parkinson’s Progression Markers Initiative (PPMI).

Fox manages the symptoms of his Parkinson’s disease with the drug carbidopa/levodopa, and he also had a thalamotomy in 1998.

His first book, Lucky Man, focused on how, after seven years of denial of the disease, he set up the Michael J. Fox Foundation, stopped drinking and began to be an advocate for people living with Parkinson’s disease. In Lucky Man, Fox wrote that he did not take his medication prior to his testimony before the Senate Appropriations Subcommittee in 1999 (full C-SPAN video clip).

I had made a deliberate choice to appear before the subcommittee without medication. It seemed to me that this occasion demanded that my testimony about the effects of the disease, and the urgency we as a community were feeling, be seen as well as heard. For people who had never observed me in this kind of shape, the transformation must have been startling.

In an interview with NPR in April 2002, Fox explained what he does when he becomes symptomatic during an interview:

Well, actually, I’ve been erring on the side of caution—I think ‘erring’ is actually the right word—in that I’ve been medicating perhaps too much, in the sense [that] … the symptoms … people see in some of these interviews that [I] have been on are actually dyskinesia, which is a reaction to the medication. Because if I were purely symptomatic with Parkinson’s symptoms, a lot of times speaking is difficult. There’s a kind of a cluttering of speech and it’s very difficult to sit still, to sit in one place. You know, the symptoms are different, so I’d rather kind of suffer the symptoms of dyskinesia … this kind of weaving and this kind of continuous thing is much preferable, actually, than pure Parkinson’s symptoms. So that’s what I generally do … I haven’t had any, you know, problems with pure Parkinson’s symptoms in any of these interviews, because I’ll tend to just make sure that I have enough Sinemet in my system and, in some cases, too much. But to me, it’s preferable. It’s not representative of what I’m like in my everyday life. I get a lot of people with Parkinson’s coming up to me saying, ‘You take too much medication.’ I say, ‘Well, you sit across from Larry King and see if you want to tempt it.’

In 2006, Fox starred in a campaign ad for then-State Auditor of Missouri Claire McCaskill in her successful 2006 Senate campaign against incumbent Jim Talent, expressing her support for embryonic stem cell research. In the ad, he visibly showed the effects of his Parkinson’s disease:

As you might know, I care deeply about stem cell research. In Missouri, you can elect Claire McCaskill, who shares my hope for cures. Unfortunately, Senator Jim Talent opposes expanding stem cell research. Senator Talent even wanted to criminalize the science that gives us the chance for hope. They say all politics is local, but that’s not always the case. What you do in Missouri matters to millions of Americans, Americans like me.

The New York Times called it “one of the most powerful and talked about political advertisements in years” and polls indicated that the commercial had a measurable impact on the way voters voted, in an election that McCaskill won.

His second book, Always Looking Up: The Adventures of an Incurable Optimist, describes his life between 1999 and 2009, with much of the book centered on how Fox got into campaigning for stem-cell research.

On March 31, 2009, Fox appeared on The Oprah Winfrey Show with Mehmet Oz to discuss his condition as well as his book, his family and his primetime special, which aired May 7, 2009, (Michael J. Fox: Adventures of an Incurable Optimist).

His work led him to be named one of the 100 people “whose power, talent or moral example is transforming the world” in 2007 by Time magazine. On March 5, 2010, Fox received an honorary doctorate in medicine from Karolinska Institutet for his contributions to research in Parkinson’s disease.

He has also received an honorary doctorate of laws from the University of British Columbia.

On May 31, 2012, he received an honorary degree of Doctor of Laws from the Justice Institute of British Columbia to recognize his accomplishments as a performer as well as his commitment to raising research funding and awareness for Parkinson’s disease.

Fox recalled performing in role-playing simulations as part of police recruit training exercises at the Institute early in his career.

In 2016, his organization the Michael J. Fox Foundation for Parkinson’s Research created a raffle to raise awareness for Parkinson’s disease and raised $6.75 million, with the help of Nike via two auctions, one in Hong Kong and the other in London.

In November 2020, Fox announced that he would stop actively looking for acting gigs due to his worsening conditions of Parkinson’s Disease. He explained that the disease was impacting his ability to memorize his lines for acting parts.