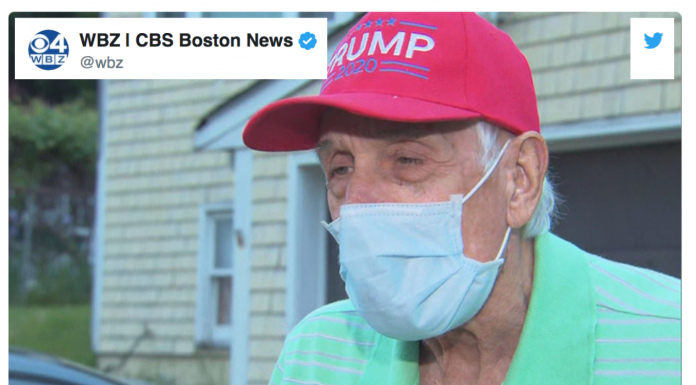 Fox News – Nobody should be attacked for their political views, Charlie Chase says.

But according to authorities, that’s exactly what happened last week to the 82-year-old U.S. military veteran and supporter of President Trump.

The Fall River, Mass., man says he was holding a Trump sign and wearing a Trump hat when suddenly a motorist got out of his car and charged toward him.

“Give me the (expletive) sign!” the suspect said, according to police.

“The guy, when he came at me, I had never seen a horror story … that the face was so filled with hate and anger, as his was,” Chase told WPRI-TV of Providence, R.I.

Everything happened so fast that Chase had to ask a buddy what transpired, he said.

“According to the other fella that was with me, I didn’t know that [the suspect] had lifted me up, but he apparently lifted me up and flung me down on my back to the ground,” Chase told the station.

After Chase landed on the ground, the suspect, identified as Aidan Courtright, 27, of Fall River, allegedly kicked the elderly man in his ribs and legs before returning to his vehicle and driving away.