Laughing Mayor: “City Employees Are Absolutely Going To Be Required To Be Vaccinated” 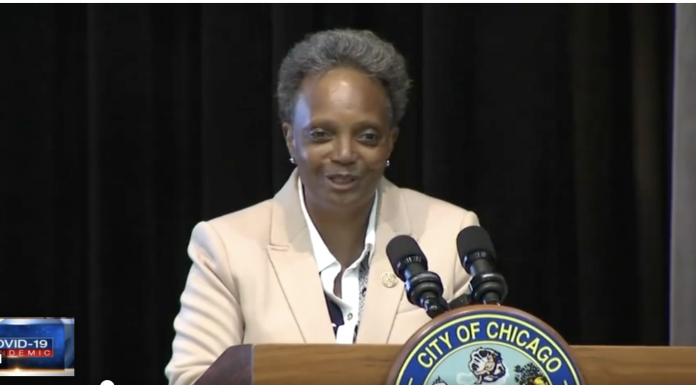 “City employees are absolutely going to be required to be vaccinated,” Lightfoot said during a press conference Monday afternoon. [Lightfoot laughed out loud as she made the announcement, see video below.]

The announcement came hours after the FDA announced the Pfizer COVID-19 vaccine had been granted full approval in the United States.

Lightfoot added that the city has been working with labor unions over the last several weeks to finalize plans.

A formal announcement is expected as early as this week.

“We are not just going to roll over and play dead for the mayor.”

“We absolutely have to have a vaccine mandate,” Lightfoot added.

“It’s for the safety of all involved, particularly members of the public who are interacting with city employees on a daily basis. It’s important for colleagues to also feel like they have a workplace that’s safe.”

The city government is Chicago’s third largest employer, with a workforce of more than 30,000 people.

More companies and hospitals are moving ahead with vaccine mandates with the number of COVID cases on the rise particularly with the more contagious delta variant.

But already, some unions are digging in their heels.

“We are not just going to roll over and play dead for the mayor,” said John Catanzara Jr., president of Chicago’s Fraternal Order of Police … READ MORE.