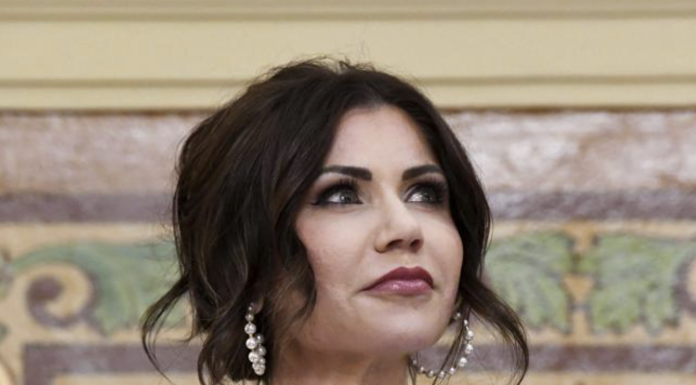 PIERRE, S.D. (AP) — A federal judge temporarily halted a South Dakota rule from taking effect that would have made the state one of the hardest places in the U.S. to get abortion pills.

U.S. District Judge Karen Schreier late Wednesday granted a request from Planned Parenthood for a restraining order on a state Department of Health rule that was set to go into effect Thursday.

Republican Gov. Kristi Noem initiated the rule change through an executive order. It would have required people seeking abortions to return to a doctor to take the second of two drugs used for a medication abortion. Women have been able to receive both drugs in one visit, taking the second medication at home.

Schreier, who was appointed under former President Bill Clinton, found that Planned Parenthood had shown the rule likely “imposes an undue burden on a person’s right to seek an abortion.”

“We are relieved that South Dakotans’ access to medication abortion remains unchanged for right now,” Sarah Stoesz, president of Planned Parenthood of North Central States, said in a statement. “The rule’s proposed changes to medication abortion are completely unsupported by medicine and would place an immense burden on patients.”

Noem in a news conference Thursday argued that the rule was necessary for women’s safety and said she is not backing down from pushing a bill to enshrine it into law.

“They can literally get on the phone or online and request a prescription and undergo this medical procedure in their home with no supervision whatsoever,” she said, although the state requires abortion-seekers to consult with a doctor twice in person before receiving the medication.

Medication abortion has been available in the United States since 2000, when the Food and Drug Administration first approved mifepristone to terminate pregnancies up to 10 weeks.

Taken with a hormone blocker called misoprostol, it constitutes what’s commonly referred to as the abortion pill.

Noem sought to further clamp down on abortion pills after the FDA last month permanently lifted a requirement that people seeking the drugs pick them up in person. The agency said a scientific review supported broadening access, including no longer limiting dispensing to a small number of specialty clinics and doctor’s offices.

The FDA has found complications from the medication to be rare. The agency has reported 26 deaths associated with the drug since 2000, though not all of those can be directly attributed to the medication due to existing health conditions and other factors.

Opponents of Noem’s rule argued that it made little sense to require patients to take the second drug at a clinic for an abortion, but allow it to be taken at home for a miscarriage.

By restricting access to the second drug, Planned Parenthood argued, the rule could actually put abortion-seekers at greater risk, pointing to a study that indicated women who skip taking the drug may be at risk of dangerous amounts of bleeding.

During a hearing for the rule last month, two doctors opposed to abortion access argued on behalf of Noem’s administration that having multiple checkups for abortion-seekers during the process was in the interest of their health.

About 40% of all abortions in the U.S. are now done through medication — rather than surgery — and that option has become more pivotal during the COVID-19 pandemic.

A hearing on Planned Parenthood’s request for a preliminary injunction on the rule is set for next week.