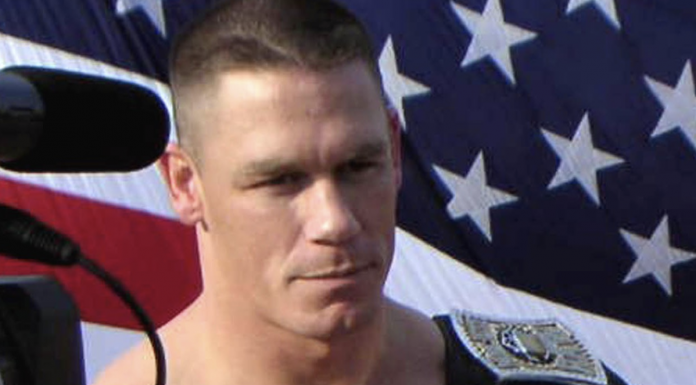 “The amendment allows [WWE] to continue putting on shows — without fans … “

AP – Body slams and pile drives can go on in the Sunshine State.

With Florida under a lockdown due to the coronavirus pandemic, there’s one business deemed essential by Florida’s governor that is raising some eyebrows: pro wrestling.

Pro sports were added to a list of essential businesses allowed to stay open in an April 9 memorandum to include “employees at a professional sports and media production with a national audience … only if the location is closed to the general public.”

DeSantis said at a news conference Tuesday that people are “champing at the bit” for new entertainment to boost morale while house-bound.

He also would like to see other sporting events, maybe NASCAR races without an audience or a redo of the Tiger Woods vs Phil Mickelson golf match.

“If you think about it, we’ve never had a period like this in modern American history where you’ve had such little new content, particularly in the sporting realm,” the governor said.

A WWE employee tested positive for the coronavirus in the days after the company recorded shows at the WWE Performance Center, and the unnamed employee’s roommate also was showing symptoms, but the company deems the matter “low risk” to wrestlers and staff, the statement said.

The statement also said the employee and roommate were exposed to two people who work in acute health care on March 26.

“The employee had no contact with anyone from WWE since being exposed to those two individuals, is doing well, and made a complete recovery,” according to the statement from the company.

At a news conference on Monday, Orange County Mayor Jerry Demings said the WWE Performance Center initially wasn’t deemed an essential business that could stay open during a lockdown, before the list was amended.

But that changed after a conversation with the governor’s office.

DeSantis said Tuesday that the state had been approached by businesses including Disney and WWE seeking the essential business exemptions, and that he would consider additional requests as long as the activities can abide by safety guidelines.

“We haven’t had a huge amount of requests,” the governor said.

In an email, the Florida State Emergency Operations Center said the sports activities and theme park additions to the list were added “because they are critical to Florida’s economy.”

Horse racing has continued operations, with Tampa Bay Downs and Gulfstream Park in Hallandale Beach remaining open without fans but still taking bets online; the state gets a small percentage of each bet placed.

But the agency didn’t answer a question about what other pro sports would be allowed under the order, though any sporting event — such as an NBA or NHL game — involving more than 10 people would run afoul of state and federal guidelines.

It seems that point may be moot, since the NBA suspended its season on March 11 and the NHL quickly followed suit.

Teams have said it would take several weeks to get players ready to compete again, and NBA Commissioner Adam Silver has said it will not be possible to make any decisions about the possible resumption of this season until at least May.

The WWE Performance Center is a finishing school of sorts for wrestlers. The training facility teaches wrestlers how to develop their brand, manage money, deal with the media and have a life after wrestling.

McMahon, and his wife, Linda, have deep connections to President Donald Trump, whose support last year launched DeSantis into the Florida Governor’s Mansion.

Trump hotels have hosted Wrestlemania events. Trump himself has wrestled in matches, and he was inducted into the WWE Hall of Fame.

WWE said it is “producing content” on a closed set with only essential workers at the facility. It is “taking additional precautions to ensure the health and wellness of our performers and staff,” the company said in a statement.

“If one of the family members in my house tested positive, that would be concerning to me. We would have to make some provisions in my house to make sure the rest of us did not get it,” Demings said. “I would assume from a business perspective that the WWE is doing that kind of analysis on its family.”
___
Follow Mike Schneider on Twitter at https://twitter.com/MikeSchneiderAP