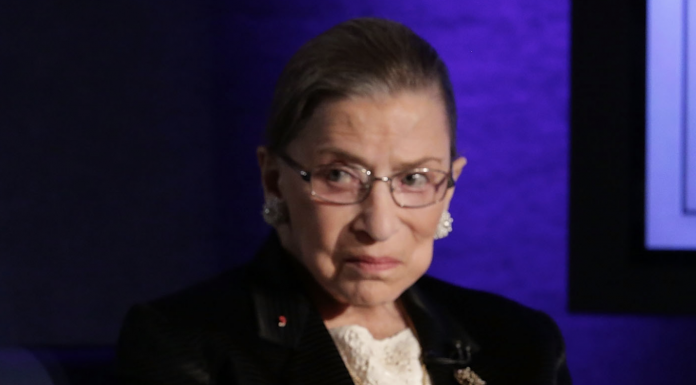 “Democrats are increasingly worried about the fragile health of Justice Ginsburg”

Despite some apprehension, Republican leaders vow to fill a potential Supreme Court vacancy this year

Plus: What to Know About Justice Ruth Bader Ginsburg’s Cancer Recurrence

CNN – Senate Republican leaders, undeterred by the scathing criticism leveled against them for blocking President Barack Obama’s election-year Supreme Court nominee in 2016, are signaling that they are prepared to confirm a nominee by President Donald Trump even if that vacancy occurred after this year’s election.

The push comes despite ample apprehension from influential Republicans that the GOP could pay a political price for treating a nominee under Trump differently than they did under Obama.

It also comes as Democrats are increasingly worried about the fragile health of Justice Ruth Bader Ginsburg, the 87-year-old liberal jurist who recently made public a new bout with cancer, and the possibility of other retirements.

“We will,” said Sen. John Thune of South Dakota, the second-ranking Republican leader, when asked if the Senate would fill a vacancy, even during the lame-duck session after the presidential election. “That would be part of this year. We would move on it.”

But the veteran Iowa Republican who chaired the Judiciary Committee in 2016 and helped block Judge Merrick Garland — Obama’s nominee — by refusing to schedule election-year confirmation hearings, said he would not fill a fill a vacancy now for the same reason.

“My position is if I were chairman of the committee I couldn’t move forward with it,” Sen. Chuck Grassley told CNN.

The current Judiciary Committee chair, Trump ally Sen. Lindsey Graham of South Carolina, has professed differing views about whether he would try to confirm a nominee during the last year of Trump’s term.

Asked about his past opposition to moving a nominee in a presidential election year after the primary season, Graham said: “After Kavanaugh, I have a different view of judges,” referencing the brutal 2018 confirmation process of Supreme Court Justice Brett Kavanaugh.

“I’d like to fill a vacancy. But we’d have to see. I don’t know how practical that would be,” Graham told CNN Monday. “Let’s see what the market would bear … ” Read more.

What to Know About Ruth Ginsburg’s Cancer Recurrence

“On May 19, I began a course of chemotherapy (gemcitabine) to treat a recurrence of cancer,” Ginsburg said in a July 17 statement. “A periodic scan in February followed by a biopsy revealed lesions on my liver. My recent hospitalizations to remove gall stones and treat an infection were unrelated to this recurrence.”

First admitted to Sibley Memorial Hospital in Washington, D.C., with fever and chills, Ginsburg was admitted to The Johns Hopkins Hospital in Baltimore, Maryland, on July 14, according to a recent Supreme Court statement.

That afternoon, the 87-year-old justice underwent an endoscopic procedure to clean out a bile duct stent placed last year.

According to the court, she’s resting and will spend the next few days in hospital receiving intravenous antibiotic treatment.

Ginsburg said “initial immunotherapy had proved unsuccessful,” but a recent scan found “significant reduction of the liver lesions and no new disease.”

She added that she’s tolerating chemotherapy well, and is encouraged by the success of current treatment.

She confirmed that she remains fully able to act as a member of the Supreme Court.

“Satisfied that my treatment course is now clear, I am providing this information. I will continue bi-weekly chemotherapy to keep my cancer at bay, and am able to maintain an active daily routine. Throughout, I have kept up with opinion writing and all other Court work.”

Surgeon and oncologist Hisham El-Bayar, MD, of  St. Joseph Hospital in Orange County, California, told Healthline that treatment “should not affect her cognitive abilities at all. Especially since she is so sharp to begin with, but [it] may affect her stamina.”

According to Johns Hopkins University, pancreatic cancer is the fourth-leading cause of cancer death for both men and women … Read more.