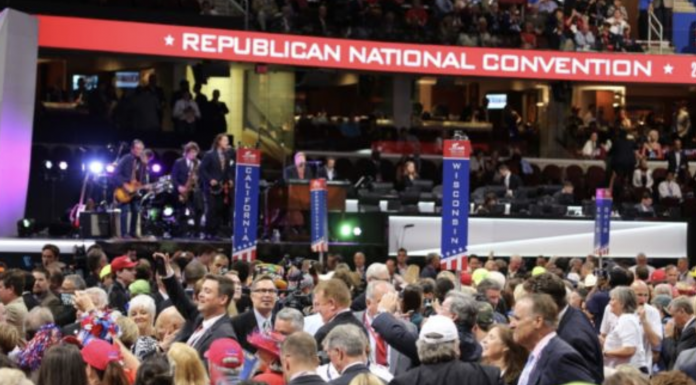 The Republican National Committee has announced it will move the 2020 convention to a new city.

Details below, along with our prediction of which city gets the nod.

Axios – The Republican National Committee is scrambling for a new convention host city after President Trump said Tuesday that North Carolina’s coronavirus restrictions will make Charlotte unworkable for the crowds he’s counting on.

Driving the news: The organization still hopes to conduct the convention’s “official business” in Charlotte, an RNC spokesperson said. But the part that most Americans think about the convention — the spectacle of the speakers and the president accepting the Republican nomination itself — will be held in a different state with more relaxed COVID-19 laws.

Behind the scenes: North Carolina Gov. Roy Cooper, a Democrat, told the RNC it wouldn’t be able to hold a full-scale convention, for which it had contracted.

So that gave the RNC the ability to potentially change the rules to have a smaller presence in Charlotte while still fulfilling its contractual obligations to host the convention, per a source familiar with discussions.
Jacksonville is one of four leading contenders, per a source familiar with the matter. The others are Nashville, Orlando or somewhere in Georgia … Read more.

Our prediction: GOP convention will be held in this Florida city

Our prediction (even before seeing the GOP’s ‘short list’) – the 2020 Republican National Convention will be held in Orlando, Florida.

ALSO ON HEADLINE HEALTH TODAY: Anti-Hydroxychloroquine Study Looks Fishier and Fishier | Who Is China’s Mysterious ‘Bat Woman’? | What Covid Does To Your Brain