Florida Residents Warned: ‘Stay Away From Bodies Of Water’ – Is That Even Possible? 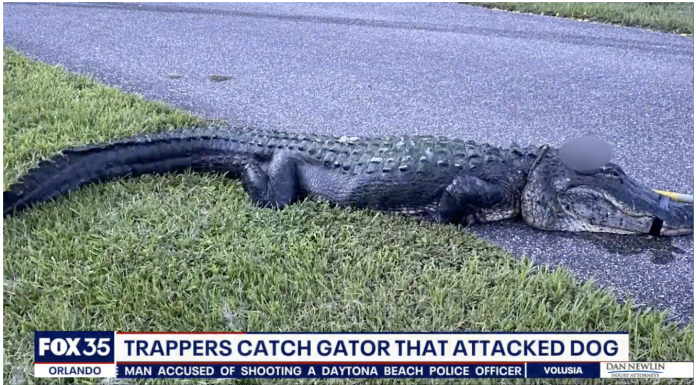 FOX 35 Orlando, WINTER GARDEN, Fla. – An alligator trapper is warning people and pets to stay away from bodies of water after a dog was attacked and killed by one.

The gator was captured and killed off of the West Orange Trail in Winter Garden.

Robb said gators are more active this time of year and pets and people shouldn’t be near lakes and ponds:

“If you care about your animals, you can’t keep them near that kind of stuff. You just can’t make that choice.” Click here to read more.

MORE … According to ClickOrlando.com, the dog was chasing ducks before being killed by the alligator. It is illegal in most jurisdictions to allow a dog to chase wildlife.

It also appears from reports that the dog may have been off-leash, also illegal in most jurisdictions.

Keeping your dog on leash not only protects others, it can also protect you and your dog by enabling you to move your dog away from dangerous situations. –  HH.