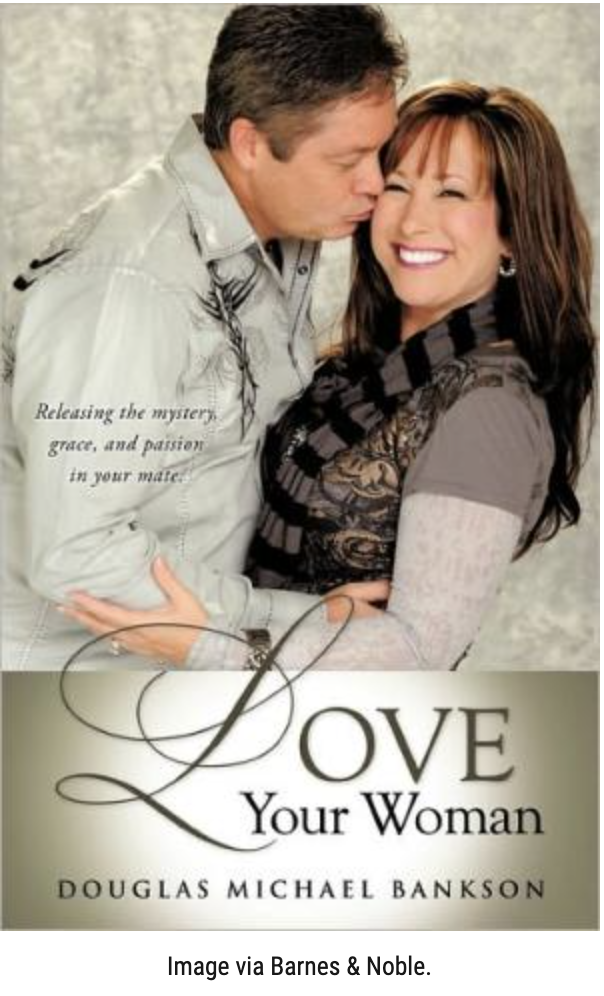 FLORIDA POLITICS – He wrote men should be the head of women, who he calls the “weaker vessel.”

Before state House candidate Doug Bankson released his political agenda, he published a book of sex tips for Christians.

In “Love Your Woman,” released in 2011, the Apopka City Commissioner and longtime pastor suggests the key to a healthy marriage is a wife who knows her place. Also, lots of foreplay. [Bankson’s wife, “Pastor Jeri,” is the author of the sequel “Love Your Man,” described by the Banksons’ as “wildly popular.” The book has one (1) review on Amazon — exactly one more than her husband’s has. – HH]

“When foreplay is longer,” he wrote, “orgasms are stronger.”

That’s not a platform plank listed on his campaign website, though his official biography does list that him as a “published author.” This book is the only one available on Amazon or at Barnes & Noble written by Bankson.

“You need to make sure your wife is satisfied, and you should find at least once a week to have true, genuine face-to-face intercourse. Remember, God Commanded it!”  – Doug Bankson, who apparently made no reference to whether God commanded  ‘doggy style’

[The Bible makes no reference to how often God commands believers to have sex, but Bankson claims to know the answer anyway. – HH]

When Bankson filed as a candidate for state House District 39 in March, he spoke of the “pleasure” serving on the Apopka City Commission and promised to bring the same “passion” to the Legislature.

The tome offers titillating text, some showing an arguably dated view of gender roles in a union.

“A married woman needs to respect the positional authority that God has given her husband,” Bankson wrote in Chapter 3.

He bases this view in scripture, citing Ephesians 5:22 — “Wives submit yourselves to your own husbands as unto the Lord, for the husband is the head of the wife even as Christ is the head of the church” — to support the argument men should remain bosses of their homes. Bankson suggests faith should guide a marriage to this hierarchy …

Not enough bedroom action? “You would do well to ask the Holy Spirit to deal with her if you feel she’s not living up to her end of the bargain,” Doug Bankson advises husbands.

According to Ballotpedia, Doug Bankson, Charles Hart, and Randy Ross are running in the Republican primary for Florida House of Representatives District 39 on August 23, 2022. – HH