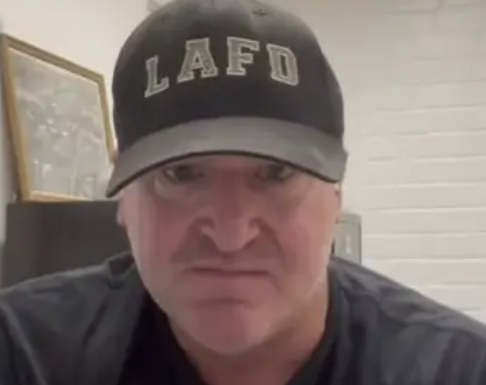 FOX 11, LOS ANGELES – A Los Angeles city fire captain is under investigation after a video posted on social media showed him calling the city’s vaccine mandate a “tyranny.”

“I am so hopping mad right now, you have no idea my head could pop,” Los Angeles Fire Department captain Christian Granucci said in the video.

Granucci’s comments come days after Los Angeles City Council voted in favor of requiring COVID-19 vaccinations for all city employees, which includes LAFD staff, except for those who have medical or religious exemptions.

Under the city council’s approved order, employees have until September 7 to get the first dose of the Moderna or Pfizer vaccine and the second dose must be taken no later than October 5.

Those electing to take the Johnson & Johnson vaccine have until October 5 to be inoculated.

Granucci slammed the city council’s push to vaccinate Los Angeles city workers in the video, accusing the order of violating the employees’ freedom.

Health conglomerate CVS Health Corp. has mandated complete Covid-19 vaccination for its nurses, pharmacists and other employees who face patients, joining a string of U.S. firms seeking to slow the spread of the contagious delta variant.

The policy, announced on Monday, comes after the Food and Drug Administration granted full authorization to Pfizer-BioNTech’s two-dose vaccine for people ages 16 and up, making it the first Covid-19 vaccine to pass that final regulatory hurdle.

The approval is expected to spur a string of similar mandates from corporate employers … READ MORE.