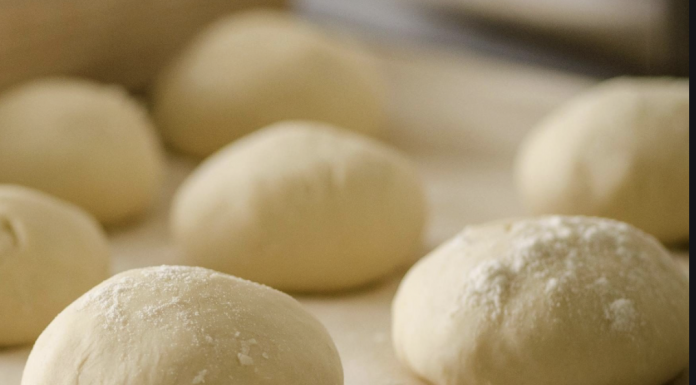 Portland Press Herald – A Dover man who pleaded guilty to inserting razor blades into raw balls of pizza dough at a Saco, Maine, supermarket last year will spend 4 years and 9 months in prison and must pay the company nearly $230,000 in restitution.

Nicholas Mitchell, 39, apologized to his family, the community and Hannaford customers during a tearful sentencing hearing Thursday in U.S. District Court in Portland, Maine. He pleaded guilty in June to the federal felony of tampering with a consumer product.

Mitchell said he acted in revenge against his former employer, It’ll Be Pizza, the company that makes the dough, after he was fired from his job at its warehouse.

Chief Judge Jon D. Levy said the lengthy prison term is a warning to the public and to Mitchell.

Levy said during the Zoom hearing:

“This sentence has to send a firm message that anyone who is going to engage in conduct like this will spend a significant time in federal prison, and to send a message of deterrence to Mr. Mitchell that society will not tolerate him blowing up like this.”

That no one was physically injured by Mitchell’s actions was a matter of chance, Levy said.

Before he was sentenced, Mitchell took responsibility for his actions, and said his target was not the general public.

“I think it’s very important to clarify here that my intentions were never to harm anybody, only to disrupt my former employer’s bottom line,” Mitchell said.

After his incarceration, Mitchell will serve 3 years of supervised release. He has been ordered to pay $229,611.92 to Hannaford for losses incurred when it had to recall the pizza dough in multiple states.

It’ll Be Pizza, which makes dough for brands including the Portland Pie Co., did not submit a request for restitution … READ MORE [subscription may be required.]