Fauci: No Worries Over New Swine Virus From China 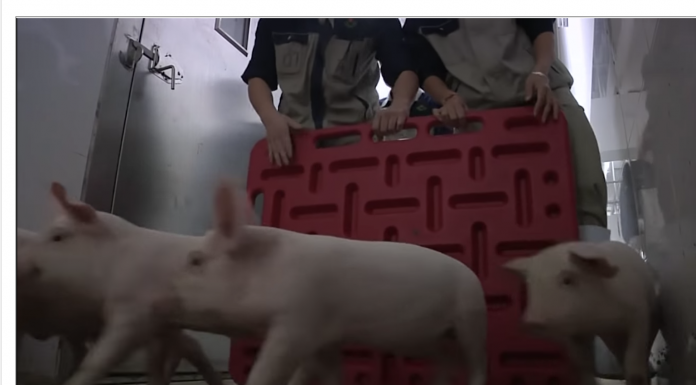 Food Safety News – “Pandemic potential” or “pandemic-on-pandemic” are scary concepts these days and Chinese and British scientists are using those very terms to describe the threat from a new swine flu virus.

Not to worry, in one regard, because human-to-human transmission does not occur with the new swine flu virus.

That might be more comforting if other Chinese scientists had not said there was no human-to-human transmission of COVID-19 right up to when they said humans were infecting one another with the virus.

But, we probably don’t need to stay awake nights worrying about the next pandemic.

Dr. Anthony Fauci, director of the National Institute of Allergy and Infectious Diseases, said the new G4 virus is “not an immediate threat” to public health in the near term. Fauci’s remarks on the new virus came in testimony before the U.S. Senate.

The new swine virus, known as G4 EA H1N1 or simply G4, emerged recently in pigs and can infect humans who work with pigs.

Scientists say G4 is an HIN1 virus that can be compared to the 2009 swine flu virus and the 1918 Spanish flu, both viruses, both caused deadly worldwide outbreaks.

The Chinese-British scientists writing in the journal Proceedings of the National Academy of Sciences call for controlling the virus in pigs and careful monitoring of people employed in the swine industry.

As another new or novel virus, there’d be no immunity to G4 if it were to mutate and make the leap to human-to-human transmission.

One top expert, University of Washington’s Carl Bergstrom, says that while pigs have carried G4/H1N1 since 2016, there no evidence it is circulating in humans. Bergstrom is a theoretical and evolutionary biologist.

“Every indication is that the G4 virus would have to undergo some evolutionary change to spread readily in people, and it may never do that.

“If it does? We know how to make vaccines for influenza viruses. It could be included in the seasonal vaccine; the only issue is timing. So that’s the G4/H1N1 story. Worth watching for people in the field. No immediate threat to public health.”

Before COVID-19, the most recent novel influenza A (H1N1) outbreak occurred in the spring of 2009. “This new H1N1 virus contained a unique combination of influenza genes not previously identified in animals or people,” according to CDC. It was designated as the influenza A (H1N1)pdm09 virus.

USDA’s Swine Influenza Surveillance Program monitors influenza viruses in pigs. It says influenza is present at low levels in pigs throughout the world.

According to the USDA:

“The main influenza viruses circulating in U.S. pigs in recent years are H1N1, H1N2, and H3N2. While H1N1 viruses have been known to circulate among pig populations since at least 1930, H3N2 and H1N2 influenza A viruses did not begin circulating among pigs in the United States until about 1998.”

“While influenza viruses almost always remain infectious only within their host species, at times infections may spread to other species. Influenza viruses in pigs can occasionally infect people, and human influenza viruses can infect swine. Health organizations use the term “variant” to refer to viruses that are genetically different from what is usually isolated from humans.”

The description is written as a small “v” after the virus subtype, in this case, H3N2v. More information on these variant viruses is available from the U.S. Centers for Disease Control at http://www.cdc.gov/flu/swineflu/.

In 2011, a new variant virus was detected that was an influenza A (H3N2) virus with genes from avian, swine, and human viruses.

This virus has acquired the M gene from the 2009 H1N1 influenza virus. This 2009 H1N1 M gene may allow these H3N2 viruses in swine to be more transmissible from pigs to people and possibly from person to person. Most cases of H3N2v have happened after contact with pigs at fairs.