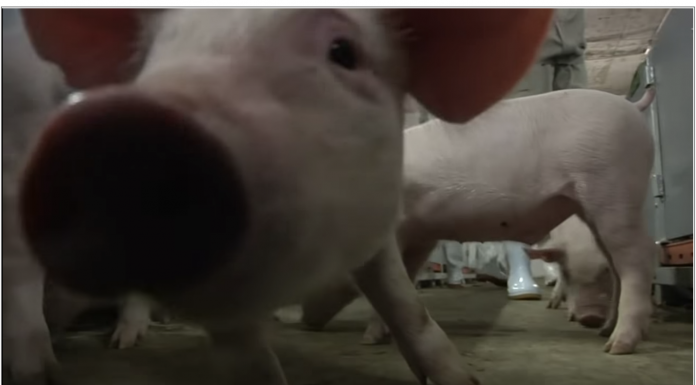 Strain shows “all the essential hallmarks of a candidate pandemic virus”

CNN – Chinese researchers have discovered a new type of swine flu that can infect humans and has the potential to cause a future pandemic, according to a study released on Monday, though scientists have cautioned that the virus does not pose an immediate global health threat.

The disease, which researchers called the G4 virus, is genetically descended from the H1N1 swine flu that caused a pandemic in 2009.

G4 now shows “all the essential hallmarks of a candidate pandemic virus,” said the study, published in the scientific journal Proceedings of the National Academy of Sciences (PNAS).

But Dr. Angela Rasmussen, a virologist at Columbia University’s public health school, warned the public not to “freak out.”

“Our understanding of what is a potential pandemic influenza strain is limited,” she posted on Twitter. “Sure, this virus meets a lot of the basic criteria but it’s not for sure going to cause a hypothetical 2020 flu pandemic, or even be a dominant strain in humans.”

Chinese researchers based at several institutions, including Shandong Agricultural University and the Chinese National Influenza Center, discovered the G4 virus during a pig surveillance program.

From 2011 to 2018, they collected more than 30,000 nasal swab samples from pigs in slaughterhouses and veterinary teaching hospitals across 10 Chinese provinces.

From these samples, researchers identified 179 swine influenza viruses — but not all of them posed a concern. Some only showed up one year out of the program’s seven, or eventually declined to nonthreatening levels.

But the G4 virus kept showing up in pigs, year after year — and even showed sharp increases in the swine population after 2016.

Further tests showed that G4 can infect humans by binding to our cells and receptors, and it can replicate quickly inside our airway cells. And though G4 holds H1N1 genes, people who have received seasonal flu vaccines won’t have any immunity.

G4 already appears to have infected humans in China. In Hebei and Shandong provinces, both places with high pig numbers, more than 10% of swine workers on pig farms and 4.4% of the general population tested positive in a survey from 2016 to 2018 … Read more.

“There are big advantages to a high-rise building. It saves energy and resources. The land area is not that much but you can raise a lot of pigs.”

Culture Trip – Farmers in China have reached new heights in animal farming by keeping their pigs in multi-story buildings in an attempt to fulfill their nation’s appetite for pork.

Nicknamed ‘hog hotels’, they are built up to 13 stories high and can house around 1,000 pigs per floor, and are being constructed on Yaji Mountain in southern China.

The buildings are being erected by privately owned agricultural company Guangxi Yangxiang Co Ltd. So far they have built two seven-floor operations and there are plans to put up four more, one of which will have up to 13 floors, making it the tallest building of its kind in the world.

Similar operations have been tried in Europe. While some are still running, many of the attempted vertical farms have been abandoned due to difficulties with management and of negative public opinion towards large farms.

But China is determined to pull ahead of the rest of the world, industrializing one of the globe’s biggest herd of pigs [see chart above] as part of an ongoing effort to modernize its farms and create wealth in rural areas, as well as continuing to feed its hungry population.

China eats more meat than any other country. The population will eat 74 million tonnes of pork, poultry, and beef annually – twice as much as the US. More than half of that is pork, and farmers have started developing methods, such as the high rise farms, to keep up with demand.

Xu Jiajing, manager of Yangxiang’s mountain-top farm, says: “There are big advantages to a high-rise building. It saves energy and resources. The land area is not that much but you can raise a lot of pigs.”

The farms aren’t without risk. The likelihood of spread of disease in such close quarters is great, as farm manager Xu knows.

Yangxiang reduces this by running each floor separately, with no staff movement between level and new pigs quarantined before being introduced to the building.

There’s also the fact that pork prices in China are at an eight-year low. Farms like Yangxiang are pumping money into their enterprises, which cost around 30% more than an ordinary farm, despite this price lull … Read more.