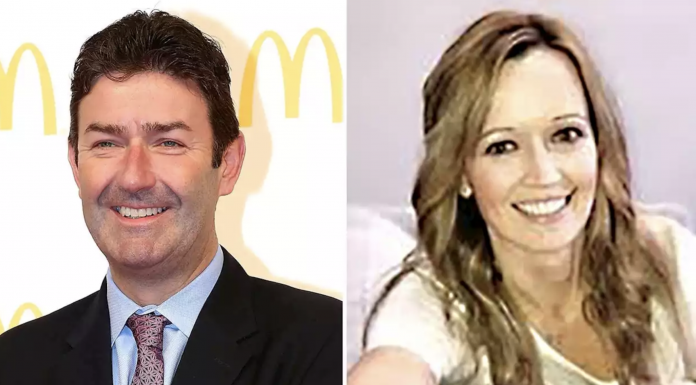 “McDonald’s brings this action to redress the injuries it has suffered by virtue of Easterbrook’s fiduciary breaches and deceit.”

Yahoo! – McDonald’s Corp. said Monday that it will pursue legal action against its former CEO, Stephen Easterbrook, accusing him of lying about multiple ‘inappropriate relationships’ with company employees.

McDonald’s said Easterbrook, who stepped down in November of last year following revelations of an improper relationship with a fellow employee, lied to the company and destroyed information regarding “inappropriate personal behavior” during its investigation.

The company also said Easterbrook had been involved in “sexual relationships with three McDonald’s employees in the year before his termination” and approved an extraordinary stock grant, “worth hundreds of thousands of dollars”, for one of those employees during their physical relationship.

“These actions constitute breaches of Easterbrook’s duties to McDonald’s. Had Easterbrook been candid with McDonald’s investigators and not concealed evidence, McDonald’s would have known that it had legal cause to terminate him in 2019 and would not have agreed that his termination was without cause”, McDonald’s said in a Securities and Exchange Commission filing … Read more.

Stephanie Regan: ‘Why a consensual workplace fling can now cost you your job – even if you are the CEO’

Independent.ie – Last week it was the turn of Steve Easterbrook – CEO of McDonald’s – to be sacked for having a consensual relationship with a colleague. Last year Intel’s chief executive Brian Krzanich

The issue is that relationships within the workplace are fraught with complications from awkward approaches, to harassment claims. Whether it is in the office, the classroom, university, or the interview room we all need absolute clarity and these high-profile cases sear that fact into our consciousness and help us to wrestle with the lingering doubts, of who is at fault or if the punishment is too harsh.

When the press announced that Steve Easterbrook was abruptly sacked from his position this week, those rumbling doubts began. In conversations, I was asked “what age was she?” and “was he married?”.

I could see that the person was having real difficulty seeing what might be wrong in the situation. He thought if the relationship was consensual and since they were both adults, that nothing could be wrong.

It’s a free country and all that. Lots of people meet their partners at work, he argued.

I think it’s really important that we let these doubts come to the surface and give them a good airing rather than shutting them down. We are emerging from a time when a”pat on the bum” was a kind of inverted compliment and there is still confusion out there for many.

It is true that many relationships happen with work colleagues, but everyone recognizes the complications that can arise, with awkward breakups that can affect the team atmosphere and performance.

But relationships and dalliances with colleagues are not the same as that between an employee and a manager, or indeed the most senior manager or chief executive … Read more.