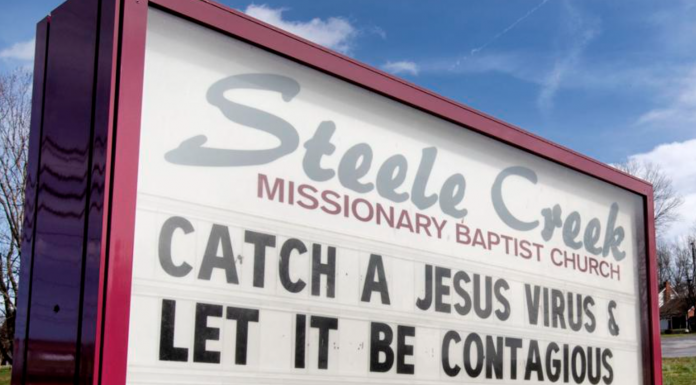 “I’ll just tell you today, if being anti-mask and anti-vaccine is anti-government, then I’m proud to be anti-government,” Spell, who has made a national name for himself protesting Covid-19 rules in Baton Rouge, Louisiana, told Life Tabernacle Church congregants.

He goes on: “If you have a 99.6% survival rate, why do you want somebody to contaminate your bloodstream with something that may or may not hurt you?”

Health experts in the US and beyond agree that Covid-19 vaccines continue to be safe and highly effective at preventing Covid-19 infection, which has killed more than 560,000 Americans and infected more than 31 million.

While 95% of Evangelical leaders who responded to a January survey from the National Association of Evangelicals said they would be open to getting a vaccine, Spell is adamantly against it.

He’s among the significant number of Evangelical Christians who have remained opposed to getting vaccinated for Covid-19.

In a Kaiser Family Foundation poll published last month, 28% of White adults who identify as Evangelical Christians said they definitely will not get a vaccine, 6% said they will only get vaccinated if they have to, and 15% said they will wait and see.

The anti-Covid vaccine sentiment among Evangelicals is fed by a mixture of distrust in government, ignorance about how vaccines work, misinformation and political identity, some experts say.

Samuel Perry, a sociology professor at University of Oklahoma who specializes in religion, told CNN.

“They (Evangelicals) are the group that is the most likely to say that they are not going to take the vaccine.”

“They have from the beginning exercised or expressed the most resistance to the vaccine.”

And they have maintained that stance over and over in surveys in the last six months, according to Perry.

Misinformation has contributed to Evangelicals distrust in vaccine

Among Republicans, White Evangelical Christians are more likely than other religious groups to believe in certain conspiracy theories, according to a study by the conservative American Enterprise Institute … Click here to read more.

“He who dwells in the shelter of the Most High will abide in the shadow of the Almighty. I will say to the Lord, ‘My refuge and my fortress, my God, in whom I trust.’ For he will deliver you from the snare of the fowler and from the deadly pestilence.” – Psalm 91

How should a Christian view vaccines?

GOTQUESTIONS.ORG – As born-again believers, we are to be faithful stewards of all we receive (1 Corinthians 4:2), and, by implication, that includes our bodies.

Therefore, as stewards of God’s provision of physical bodies, we are responsible for what we put into them, how we care for them, and how we use them. Scripture says nothing about vaccinations since they were not available when the Bible was written.

As to how vaccines are produced and their possible side effects, that information is readily available, and anyone who is concerned about those issues should investigate.

In fact, part of our stewardship is to investigate, make informed choices, and not take things for granted. With knowledge comes responsibility.

Are vaccines totally without risk? No. Have vaccines been beneficial to the world? Yes, so there is definitely a case to be made for preventative medicine.

The apostle Paul tells Timothy to “use a little wine because of your stomach and your frequent illnesses” (1 Timothy 5:23); this is clearly an exhortation to take preventive medication.

To vaccinate or not to vaccinate should be an informed choice and not one made out of fear. In some places, children are not allowed into schools without what is considered proper vaccinations.

Certain jobs require specific vaccinations. Another consideration is that there are examples of diseases once thought to be eradicated in one country being on the rise in that country; this could be from travelers bringing it in from other countries or lack of vaccination.

Parents must consider the consequences of their child someday getting one of the diseases they were not immunized against.

Adults should consider the personal consequences of getting or not getting a specific vaccine as well as the implications of their decision for others … Click here to read more.