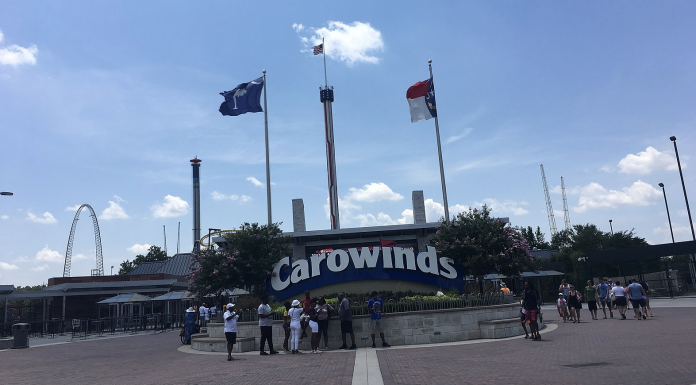 ‘It is early to predict whether that can occur…’

Since 1973, part of the Carowinds charm has been that the park straddles the North­ Carolina–South Carolina state line.

In anticipation of summer, South Carolina Gov. Henry McMaster, a Republican, announced two weeks ago that all amusement parks in the Palmetto State, including his side of Carowinds, can reopen.

The North Carolina Department of Labor inspected its side of Carowinds in March, and in a meeting on Tuesday the Labor Department’s commissioner, Cherie Berry, said that the park can tentatively open on July 27.

“Are you in favor of that?” Berry prodded the governor.

It was the first time any reopening date had been mentioned this year.

“It is early to predict whether that can occur,” Cooper retorted.

Cooper is one of the few governors still clinging to strict coronavirus shutdown policies.

He recently traded tense words with President Donald Trump, who demanded assurances that the Republican National Convention due to take place in Charlotte could proceed as normal. But Cooper refused to make any promises, prompting Trump to enter into discussions with other venue alternatives.

Cooper has also come under fire this week after a contested public records request revealed that he only gave North Carolina’s ten Council of State members 30 minutes to consent to his strict March 17 executive order that closed bars and restaurants statewide.

Many states, even those with Democratic governors, have begun issuing looser restrictions as widespread race-riots make social distancing and curfews tactically unenforceable.

Like other local leaders, Cooper had no problem turning a blind eye to recent protests in the state capital of Raleigh. In fact, he further placed himself in the spotlight recently by participating in a Black Lives Matter activist march instead of conducting official state business.

Visitors will be expected to submit to health checks from park workers and fill out government compliance health forms.

A press release from the park’s parent company said that visitors will have to make reservations, including a specific day and time of arrival, as well as departure.

Park officials are also working with state officials to develop a mobile app that will direct people to hand sanitizers and limited capacity restrooms. Cashless payment methods will be expected to avoid sharing paper money or using credit or debit card touchscreens.

NC Guv Does The Unthinkable, Shuts Down Auto Racing

Another Deadly Alligator Attack; This Time It&#8217;s NOT In Florida