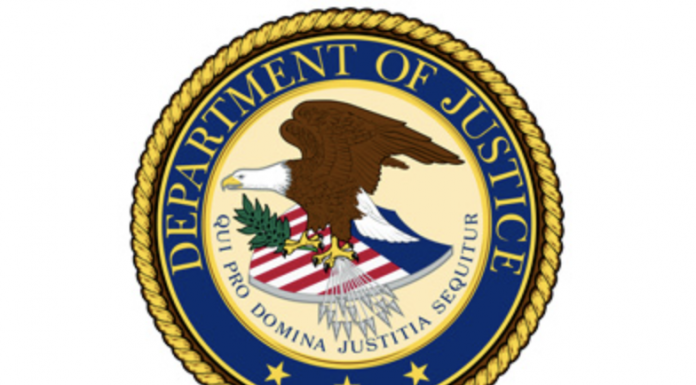 “We are stopping corrupt medical professionals in their tracks"

NBC NEWS – The Department of Justice has announced criminal charges against 42 medical professionals, including 23 doctors, and nearly 100 other people for alleged health-care fraud that involved about $1.4 billion in suspected losses.

The cases charged include ones that involved the use of telemedicine services as part of the fraud, which alone accounted for approximately $1.1 billion in alleged losses from false and fraudulent claims. Telemedicine employs communications technology to evaluate and treat patients remotely.

The telemedicine cases built on prosecutions launched in 2019 and 2020, which involved allegations of billing Medicare for fraudulent genetic cancer testing, and telemedicine executives paying doctors and others to order unnecessary durable medical equipment, diagnostic testing and medications, either without actually interacting with patients or having a brief call with ones they had never met or seen.

The Department of Justice announced today criminal charges against 138 defendants, including 42 doctors, nurses, and other licensed medical professionals, in 31 federal districts across the United States for their alleged participation in various health care fraud schemes that resulted in approximately $1.4 billion in alleged losses.

“This nationwide enforcement action demonstrates that the Criminal Division is at the forefront of the fight against health care fraud and opioid abuse by prosecuting those who have exploited health care benefit programs and their patients for personal gain,” said Assistant Attorney General Kenneth A. Polite Jr. of the Justice Department’s Criminal Division.

“The charges announced today send a clear deterrent message and should leave no doubt about the department’s ongoing commitment to ensuring the safety of patients and the integrity of health care benefit programs, even amid a continued pandemic.”

Today’s enforcement actions were led and coordinated by the Health Care Fraud Unit of the Criminal Division’s Fraud Section, in conjunction with its Health Care Fraud and Appalachian Regional Prescription Opioid (ARPO) Strike Force program and its core partners, the U.S. Attorneys’ Offices, Department of Health and Human Services Office of Inspector General (HHS-OIG), FBI, and Drug Enforcement Administration (DEA), as part of the department’s ongoing efforts to combat the devastating effects of health care fraud and the opioid epidemic.

“Nine defendants in the cases announced today are alleged to have engaged in various health care fraud schemes designed to exploit the COVID-19 pandemic, which resulted in the submission of over $29 million in false billings.”

The cases are being prosecuted by Health Care Fraud and ARPO Strike Force teams from the Criminal Division’s Fraud Section, in coordination with 31 U.S. Attorneys’ Offices nationwide, and agents from HHS-OIG, FBI, DEA, and other federal and state law enforcement agencies.

“Health care fraud targets the vulnerable in our communities, our health care system, and our basic expectation of competent, available care,” said Assistant Director Calvin Shivers of the FBI’s Criminal Investigative Division. “Despite a continued pandemic, the FBI and our law enforcement partners remain dedicated to safeguarding American taxpayers and businesses from the steep cost of health care fraud.”

“We have seen all too often criminals who engage in health care fraud — stealing from taxpayers while jeopardizing the health of Medicare and Medicaid beneficiaries,” said Deputy Inspector General for Investigations Gary L. Cantrell of HHS-OIG.

“Today’s announcement should serve as another warning to individuals who may be considering engaging in such illicit activity: our agency and its law enforcement partners remain unrelenting in our commitment to rooting out fraud, holding bad actors accountable, and protecting the millions of beneficiaries who rely on federal health care programs.”

“Holding to account those responsible for health care fraud and diversion of prescription drugs is a priority for DEA,” said DEA Administrator Anne Milgram. “These fraudulent activities prey on our most vulnerable – those in pain, the substance-addicted, and even the homeless – those who are most susceptible to promises of relief, recovery, or a new start. Not only do these schemes profit from desperation, but they often leave their victims even deeper in addiction. We are grateful to our partners who stand with us to keep our communities safer and healthier through our collective efforts to prevent the misuse and over-prescribing of controlled medications.”

“Every dollar saved is critical to the sustainability of our Medicare programs and meeting the needs of seniors and people with disabilities,” said Centers for Medicare & Medicaid Services (CMS) Administrator Chiquita Brooks-LaSure.

“CMS has taken actions against 28 providers on behalf of people with Medicare coverage and to protect the Medicare Trust Fund. Actions like this to combat fraud, waste and abuse in our federal programs would not be possible without the successful partnership of Centers for Medicare & Medicaid Services, the Department of Justice and the U.S. Department of Health and Human Services, Office of Inspector General.”

The largest amount of alleged fraud loss charged in connection with the cases announced today – over $1.1 billion in allegedly false and fraudulent claims submitted by more than 43 criminal defendants in 11 judicial districts – relates to schemes involving telemedicine.

According to court documents, certain defendant telemedicine executives allegedly paid doctors and nurse practitioners to order unnecessary durable medical equipment, genetic and other diagnostic testing, and pain medications, either without any patient interaction or with only a brief telephonic conversation with patients they had never met or seen.

Durable medical equipment companies, genetic testing laboratories, and pharmacies then purchased those orders in exchange for illegal kickbacks and bribes and submitted over $1.1 billion in false and fraudulent claims to Medicare and other government insurers. In some instances, medical professionals billed Medicare for sham telehealth consultations that did not occur as represented. The proceeds of the scheme were spent on luxury items, including vehicles, yachts, and real estate.

The continued focus on prosecuting health care fraud schemes involving telemedicine reflects the success of the nationwide coordinating role of the Fraud Section’s National Rapid Response Strike Force, the creation of which was announced at the 2020 National Health Care Fraud and Opioid Takedown.

The National Rapid Response Strike Force helped coordinate the prosecution of the telemedicine initiative, Sober Homes initiative, and COVID-19 cases that were announced today. The focus on telemedicine fraud also builds on the telemedicine component of last year’s national takedown and the impact of the 2019 “Operation Brace Yourself” Telemedicine and Durable Medical Equipment Takedown, which resulted in an estimated cost avoidance of more than $1.9 billion in the amount paid by Medicare for orthotic braces in the 20 months following that takedown.

Nine defendants in the cases announced today are alleged to have engaged in various health care fraud schemes designed to exploit the COVID-19 pandemic, which resulted in the submission of over $29 million in false billings.

In one type of scheme, defendants are alleged to have exploited policies that were put in place by the CMS to enable increased access to care during the COVID-19 pandemic, such as expanded telehealth regulations and rules. Defendants allegedly misused patient information to submit claims to Medicare for unrelated, medically unnecessary, and expensive laboratory tests, including cancer genetic testing.

The law enforcement action today also includes criminal charges against five defendants who allegedly engaged in the misuse of Provider Relief Fund monies. The Provider Relief Fund is part of the Coronavirus Aid, Relief, and Economic Security (CARES) Act, a federal law enacted March 2020 designed to provide needed medical care to Americans suffering from COVID-19. The defendants allegedly used the moneys for their own personal expenses, including for gambling at a Las Vegas casino and paying a luxury car dealership.

The COVID-19 cases announced today build upon the success of the COVID-19 Health Care Fraud Takedown on May 26, a coordinated law enforcement action against 14 defendants in seven judicial districts for over $128 million in false billings. The law enforcement action and the cases announced today were brought in coordination with the Health Care Fraud Unit’s COVID-19 Interagency Working Group, which is chaired by the National Rapid Response Strike Force and organizes efforts to address illegal activity involving health care programs during the pandemic.

The sober homes cases are announced on the one-year anniversary of the first ever national sober homes initiative in 2020, which included charges against more than a dozen criminal defendants in connection with more than $845 million of allegedly false and fraudulent claims for tests and treatments for vulnerable patients seeking treatment for drug and/or alcohol addiction.

The over $133 million in false and fraudulent claims that are additionally alleged in cases announced today reflect the continued effort by the National Rapid Response Strike Force and the Health Care Fraud Unit’s Los Angeles Strike Force, with the participation of the U.S. Attorneys’ Offices for the Central District of California and the Southern District of Florida, to prosecute those who participated in illegal kickback and bribery schemes involving the referral of patients to substance abuse treatment facilities; those patients could be subjected to medically unnecessary drug testing – often billing thousands of dollars for a single test – and therapy sessions that frequently were not provided, and which resulted in millions of dollars of false and fraudulent claims being submitted to private insurers.

The cases announced today involving the illegal prescription and/or distribution of opioids involve 19 defendants, including several charges against medical professionals and others who prescribed over 12 million doses of opioids and other prescription narcotics, while submitting over $14 million in false billings.

The cases that fall into more traditional categories of health care fraud include charges against over 60 defendants who allegedly participated in schemes to submit more than $145 million in false and fraudulent claims to Medicare, Medicaid, TRICARE, and private insurance companies for treatments that were medically unnecessary and often never provided.

Prior to the charges announced as part of today’s nationwide enforcement action and since its inception in March 2007, the Health Care Fraud Strike Force, which maintains 15 strike forces operating in 24 districts, has charged more than 4,600 defendants who have collectively billed the Medicare program for approximately $23 billion. In addition to the criminal actions announced today, CMS, working in conjunction with HHS-OIG, announced 28 administrative actions to decrease the presence of fraudulent providers. SOURCE.

A complaint, information or indictment is merely an allegation, and all defendants are presumed innocent until proven guilty beyond a reasonable doubt in a court of law.