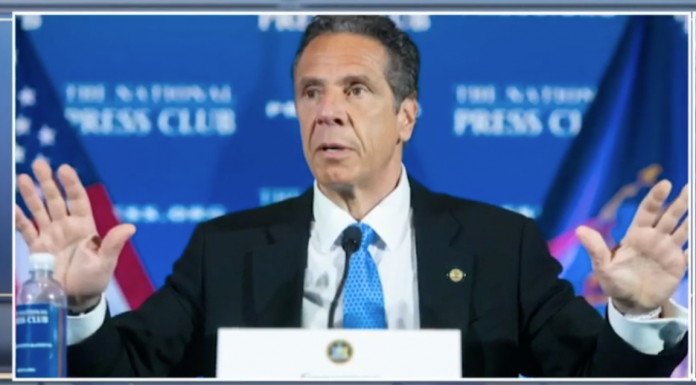 Fox News – New York Gov. Andrew Cuomo delivered his “state of the state” address on Monday, telling residents he intends to reopen the state’s economy in a safe way despite an uptick in confirmed coronavirus cases.

The Democratic governor put a heavy emphasis on planning the state’s “economic resurgence,” even as it faces a record-setting budget deficit.

Cuomo said in his address:

“We simply cannot stay closed until the vaccine hits critical mass – the cost is too high. “We must reopen the economy, but we must do it smartly and safely.”

Cuomo added that the plan was to use COVID-19 testing to enable the reopening of restaurants, arts centers, and theaters.

Without making moves now, Cuomo gravely forecast that the state would have “nothing left to open.”

Like many states, New York shut down completely at the outset of the pandemic in the spring …

Cuomo gets heat for apparent pivot on reopening economy

Fox Business – New York Gov. Andrew Cuomo received pushback on Monday after he called for reopening the economy “smartly and safely,” a message many regarded as a pivot from months of lockdowns to curb the spread of COVID-19.

The Democratic governor suggested it was unreasonable to expect the state’s economy to stay closed until the vaccine “hits critical mass.”

“The cost is too high. We will have nothing left to open,” Cuomo wrote on Twitter. “We must reopen the economy, but we must do it smartly and safely.”

Reactions to the governor’s stance were harsh.

“Unbelievable. That’s a hell of a pivot,” responded one Twitter user. “What changed?”

“Oh no … You do not get to cast yourself as the champion of business 10 months after you ruined everyone,” wrote another Twitter user, whose profile lists him as a New York City lawyer … Read more.