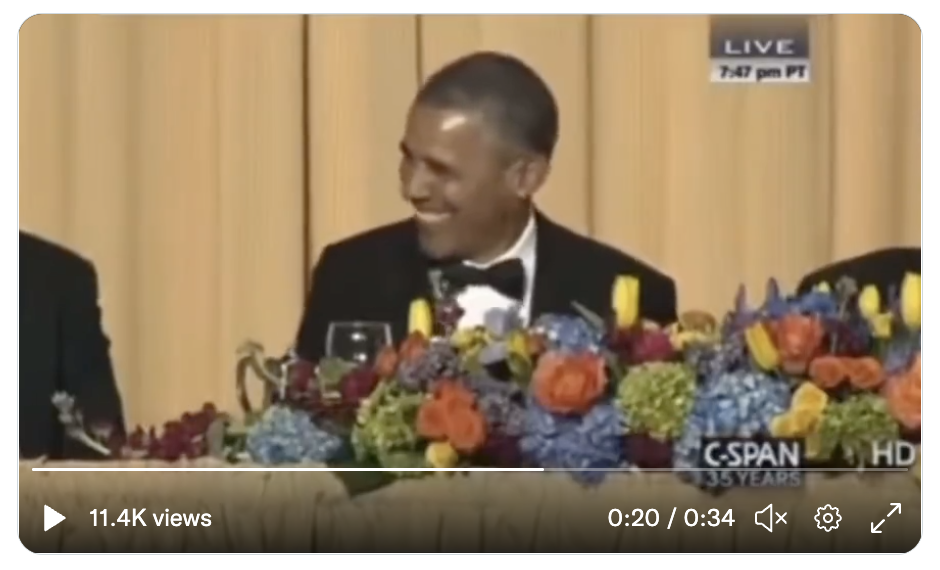 Gen Z Conservative – Back in 2014, at the White House Correspondents’ Dinner, Joe Biden was taken to the cleaners for what the joke-teller, Joel McHale indicated was his mental decline.

It was pretty funny. Fortunately for us, the clip has resurfaced, so you can watch it here

As you can hear in the video, McHale said:

“The vice president isn’t here tonight. Not for security reasons. He just thought this event was being held at the Dulles airport Applebee’s. Yes, right now, Joe is elbow-deep in jalapeno poppers and talking to a construction cone he thinks is John Boehner.”

Adding to that with a stinging one-liner, McHale then said:

“It’s crazy to think that Joe Biden is only one heartbeat away from no one taking him seriously as president.”

Obama, for his part, was laughing quite heartily. He got the joke and why it was funny (Biden’s obvious mental decline), even if now he pretends Joe is A-OK.

Well, it didn’t take something happening to Obama’s heart, but now Brandon is back in the White House and proving McHale right by the day: no one takes him seriously and it is crazy that this is happening.

At least he tends to spend his time hidden in the White House rather than at Applebee’s.

Louder with Crowder, commenting on the skit, said:

2014 was a different time. A lot has happened since then. It was safe to make fun of Joe because Hillary Clinton was in the process of mean-girling him out of the 2016 election … READ MORE.