Cleaning Frenzy Is Making Us Sick 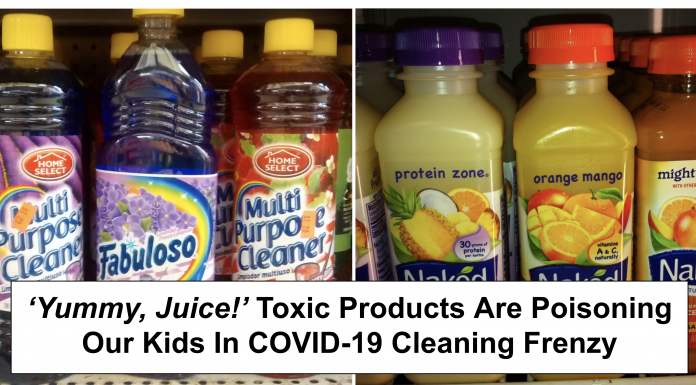 If you’re all out of your normal products, soap and water will work just fine.

In homes across the country, Americans are sanitizing and disinfecting like they never have before.

That’s great, experts say, particularly when it comes to the very healthy hand-washing habit many have developed in recent months. The only problem: Some people are going too far.

According to the Centers for Disease Control and Prevention, calls to poison control centers have spiked, and a huge number of those calls have to do with cleaning products and hand sanitizer.

A CDC analysis published Monday shows there were about 20 percent more calls to poison centers in January, February, and March than in the same span last year—with a considerable spike at the beginning of March, when the U.S. began treating the threat of the virus as a national emergency.

The pandemic is also reflected in the subjects of those calls: Those citing bleach specifically increased among calls about cleaning products (by 62 percent), while hand sanitizers and nonalcohol disinfectants each saw increases of about 37 percent.

Dr. Joshua King, the medical director at the Maryland Poison Center, said that his organization has experienced, in his estimate, 50 percent more calls related to hand sanitizer in recent months.

The CDC itself said that the numbers it found “likely underestimate the total incidence and severity of poisonings because they are limited to persons calling poison centers for assistance.”

King said that while he didn’t have any numbers on other kinds of calls, he believes that it’s likely every state is experiencing an uptick in cases.

There are a few obvious factors that would explain these numbers. Certainly, people are cleaning and sanitizing more than normal, and many may be experimenting with products and techniques … Read more.