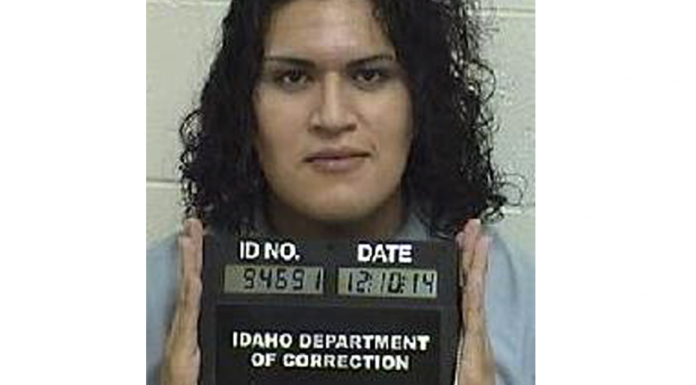 WARNING: GRAPHIC DESCRIPTIONS MAY BE OFFENSIVE TO SOME READERS

“Mr. Edmo claims he has ‘felt like a girl’ from childhood, when he played with Barbies, bonded closely with his sisters, and developed crushes on boys in grade school.”

The order on Thursday means Adree Edmo can continue getting pre-surgical intervention and potentially even ‘sex-change surgery’ this year while Idaho officials wait to hear if the high court will consider their appeal.

Edmo has been housed in a men’s prison facility since being convicted on a charge of sexually abusing a child younger than 16 in 2012. Edmo is scheduled for release in July of 2021.

According to the Associated Press, Edmo’s attorney, Lori Rifkin said:

“Edmo experienced such suffering from the lack of treatment that she [sic] twice tried to cut off her [sic] testicles in her [sic] prison cell.”

Attorneys for the Idaho Department of Correction and private prison healthcare company Corizon have agreed that Edmo is in distress.

But they contend Edmo’s prison doctors have determined the surgery isn’t medically necessary and would do more harm than good because it could exacerbate Edmo’s other mental health conditions.

Idaho Gov. Brad Little has also said Edmo shouldn’t have access to taxpayer-funded surgical procedures that other Idahoans can’t get covered through their own insurance.

But Edmo’s attorneys say prisons don’t get to pick and choose which people to treat, and they’re required to provide medically necessary care to incarcerated people.

They have also contended that the harm done to Edmo by denying the surgery vastly outweighs any harm that providing it would pose to the state or Corizon.

Edmo has so far prevailed at both the federal district and appellate courts.

The state’s attorneys asked the Supreme Court to consider the case earlier this month, and the high court hasn’t yet decided if it will do so.

The order denying the stay was given by Justice Elena Kagan without explanation, but it noted that Justices Clarence Thomas and Samuel Alito would have granted the state’s request. Based on reporting by Associated Press

Women Are Human – A man who sexually assaulted an adolescent child is being praised by mainstream media as a civil rights hero after he won a landmark lawsuit against the Idaho Department of Correction (IDOC) that is expected to make him the first inmate in the state to undergo gender-affirming plastic surgery.

If provided the surgery, the male convict will be transferred to a women’s prison pursuant to IDOC policy.

In 2011, Adree Edmo raped a 15-year-old, performing oral sex on the underage boy after the teen fell asleep on the couch at a house party.

Mr. Edmo pleaded guilty to the crime of sexual abuse of a minor under 16.

He is currently serving a 10-year sentence with no chance of parole.

Now aged 31, Mr. Edmo claims he has “felt like a girl” from childhood, when he played with Barbies, bonded closely with his sisters, and developed crushes on boys in grade school.

A prison psychiatrist and prison psychologist both determined that Mr. Edmo has gender dysphoria, a condition that causes him to identify as a woman despite being biologically male.

Following the diagnosis, the IDOC provided Mr. Edmo with medical hormones that would gradually feminize his appearance.

The inmate styled his hair, and adorned himself with makeup and with undergarments that he had modified to look feminine.

Not satisfied, the sex offender made a series of suicide attempts starting in 2014, and attempted to castrate his own testicles in 2015.

He successfully severed one testicle, which the hospital was able to reattach. Mr. Edmo later became a routine self-cutter.

He claims that his “emotional pain” is too great, and will not end until the Idaho DOC provides him with the gender-affirming surgery he wants … Read more.

Transgender Regret: They Want Their IDs, Body Parts Back