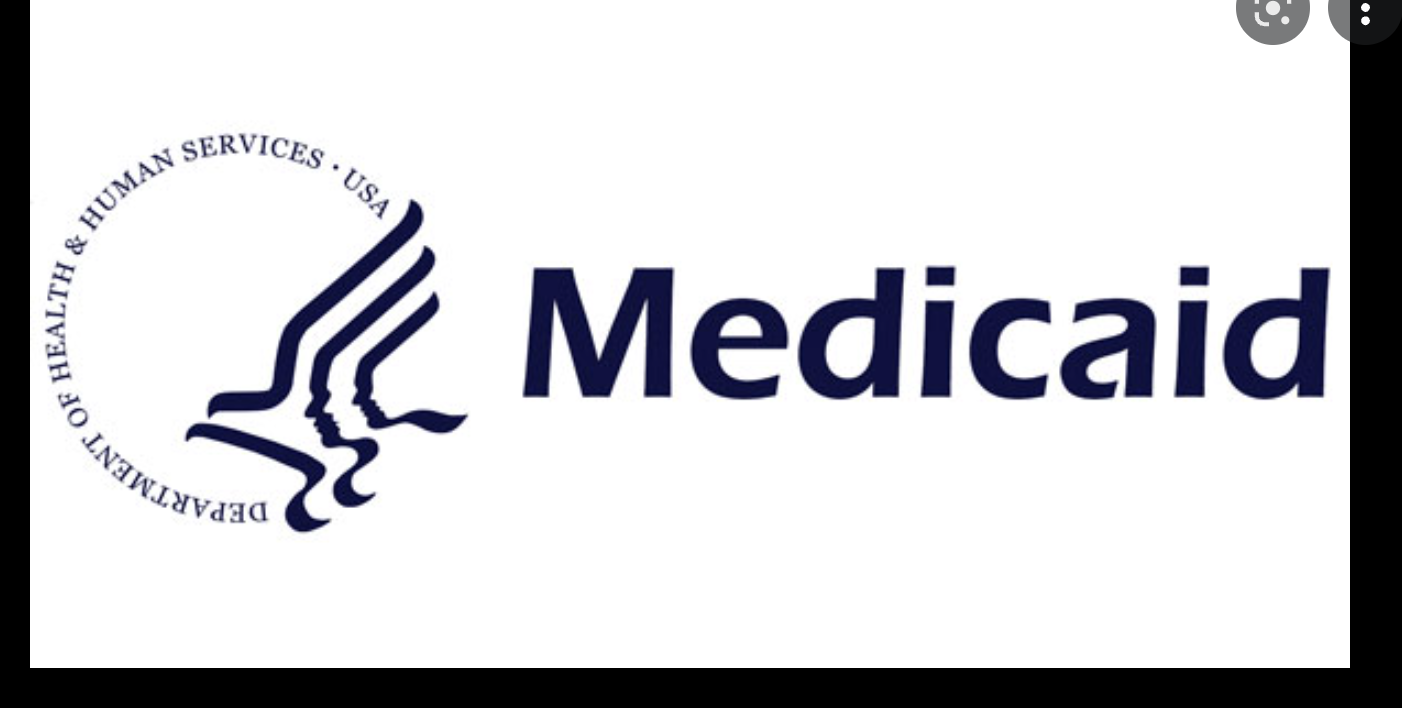 The new Medicaid drug program debuted this January, with a private company in charge. But it was woefully unprepared, and thousands of low-income Californians were left without critical medications for weeks, some waiting on hold for hours when they called to get help.

What happened in the two years between the contract award and the start of the program is a case study in what can go wrong when government outsources core functions to the private sector.

California awarded the Medi-Cal Rx program to a unit of Magellan Health, a company with expertise in pharmacy benefits and mental health. But Magellan was then gobbled up by industry giant Centene, worth roughly $50 billion, which was looking to expand its mental health portfolio.

Centene was already a big player in state Medicaid drug programs — but one with a questionable record.

The company was accused by six states of overbilling their Medicaid programs for prescription drugs and pharmacy services and settled to the tune of $264.4 million. Three other states made similar allegations and have settled with the company, but the amounts have not been disclosed. Centene, in resolving the civil actions, denied any wrongdoing.

In his 2019 inauguration speech, Newsom vowed to use California’s “market power and our moral power to demand fairer prices” from the “drug companies that gouge Californians with sky-high prices.”

Drug spending by the state for its Medicaid, prison, state hospital, and other programs had been climbing 20% a year since 2012, so the first-term Democrat issued an executive order requiring California to make its own generic drugs and forge partnerships with counties and other states to buy drugs in bulk. He also directed the state to buy prescription drugs for Californians enrolled in Medi-Cal, the state’s Medicaid program, which covers roughly 14 million people.

Newsom no longer wanted to allow the state’s two dozen Medi-Cal managed-care health plans to provide prescription drug coverage to their enrollees, arguing the state would get a better deal from drug companies by harnessing its purchasing power.

That December, California awarded a competitive $302 million contract to Magellan Medicaid Administration, a subsidiary of Magellan Health, to make sure Medi-Cal enrollees get the medications that California would buy in bulk. Magellan provides pharmacy services to public health plans in 28 states and the District of Columbia.

Even though Magellan’s biggest money maker is mental health insurance, it met a key requirement of the state’s call for bids: It didn’t provide health insurance to any Medicaid enrollees in California.

Magellan was supposed to take over the drug program in April 2021. But on Jan. 4 of that year, Centene — which was seeking a greater role in the lucrative behavioral health market — announced plans to buy Magellan.

St. Louis-based Centene, however, is one of the largest Medi-Cal insurers in the state, a factor that would have disqualified it from bidding for the original contract. Centene provides health coverage for about 1.7 million low-income Californians in 26 counties through its subsidiaries Health Net and California Health & Wellness. It earned 11% of its revenue from California businesses in 2019, according to its 2021 annual report to the U.S. Securities and Exchange Commission.

But the state bent over backward to make it work, delaying implementation of the program while Magellan set up firewalls, sectioned off its business operations from Centene, and paid for a third-party monitor.

State regulators reviewed the merger in a 30-minute public hearing in October 2021. They didn’t mention Centene’s legal settlements with other states.

In the past 10 months, Centene has settled with nine states over accusations that it and its pharmacy business, Envolve, overbilled their Medicaid programs for prescription drugs and services: It settled with Arkansas, Illinois, Kansas, Mississippi, New Hampshire, and Ohio, according to news releases from attorneys general in those states. The three other states have not been identified by Centene or the states themselves.

The company has set aside $1.25 billion for those settlements and future lawsuits, according to its 2021 report to the SEC.

From the start, other California health insurers opposed the state takeover of the Medi-Cal drug program, partly because it took away a line of business. They were even more furious when the state allowed one of their biggest competitors to seize the reins — especially given its legal entanglements.

The state Department of Health Care Services, which administers Medi-Cal, acknowledged to KHN in March that it’s investigating the company but declined to provide specifics. The state is investigating Centene’s role in providing pharmacy benefits before the state took the job from managed-care insurers.

“DHCS takes all allegations of fraud, waste, and abuse seriously and investigates allegations when warranted,” department spokesperson Anthony Cava said in a statement.

A Sale in the Offing?

When Medi-Cal Rx debuted Jan. 1, thousands of Californians couldn’t refill critical — sometimes lifesaving — medications for days or weeks. Doctors, pharmacists, and patients calling for help often languished on hold for as many as eight hours.

Magellan blamed the problems on staff shortages during the covid-19 omicron surge and missing patient data from insurance plans. State health officials went to great lengths to fix the problems and appeared before legislative committees to provide lawmakers with assurances that the contractor wouldn’t be paid in full.

Not long after Magellan took over California’s Medi-Cal drug program, reports surfaced in Axios and other publications that Centene might sell Magellan’s pharmacy business.

Centene officials have not confirmed a sale. But it would align with the company’s recent moves to restructure its pharmacy operations in the face of state investigations — such as seeking an outside company to begin managing its drug spending.

“Once you tell a PBM they actually have to behave, that’s when there’s no more money in it. It’s time to go,” said Antonio Ciaccia, president of drug-pricing watchdog 3 Axis Advisors, referring to businesses known as pharmacy benefit managers.

Yet another ownership change in California’s drug program could bring more disruption to the state’s most vulnerable residents, some of whom are still having trouble getting their drugs and specialty medical supplies after Magellan’s rocky takeover.

“I don’t know what kind of instability that creates internally when there’s a change of this magnitude,” said Linnea Koopmans, CEO of Local Health Plans of California, which represents the state’s publicly run Medicaid insurers that compete against Centene. “It’s just an open question.”

Koopmans and other Centene critics acknowledge that California has long relied on private insurance plans to offer medical and prescription drug coverage to Medi-Cal enrollees and that the state shouldn’t be surprised by ownership changes that come with consolidation in the health care industry. For example, Centene has a history of taking over California contracts after an acquisition — it did so when it purchased Health Net in 2016.

But consumer advocates say the Centene fiasco makes it clear that the state must improve oversight of corporate mergers if it chooses to hand over responsibility for public programs.

“In an ideal world, this is all backroom machinations that people don’t notice — until they do, until there is a problem,” said Anthony Wright, executive director of Health Access California, a consumer advocacy group. “It just increases the need to make sure that that oversight is there, that accountability is there.”

This story was produced by KHN, which publishes California Healthline, an editorially independent service of the California Health Care Foundation. KHN (Kaiser Health News) is a national newsroom that produces in-depth journalism about health issues. Together with Policy Analysis and Polling, KHN is one of the three major operating programs at KFF (Kaiser Family Foundation). KFF is an endowed nonprofit organization providing information on health issues to the nation. Subscribe to KHN’s free Morning Briefing.

Fresh Take Florida, GAINESVILLE, Fla. — The deadline set by Florida lapsed for its largest Medicaid payment vendor to challenge a nearly $9.1 million fine over the company’s failure for nearly three months to pay tens of thousands of healthcare claims for the state’s sickest and neediest children.

Sunshine State Health Plan Inc. of Tampa had until 5 p.m. Thursday to dispute the fine imposed last month by the Agency for Health Care Administration, leaving the company with only the option to concede to pay.

“Sunshine waives any dispute not raised within 21 days,” the government had warned the company on March 17.

An agency spokesperson confirmed Friday that Sunshine State did not file any administrative challenge before the deadline. It must pay the fine – which amounted to $75 for each failure to pay a claim – by April 18.

Florida acknowledged that the company’s failures, which it blamed on technology glitches, over nearly three months were “non-willful.”

They also affected children receiving care under the company’s Sunshine Health Medicaid program and the Children’s Medical Services Health Plan it operates on behalf of the Florida Department of Health. The program is for patients under 21 who are eligible for Medicaid and who have serious, chronic conditions.

Some smaller health providers temporarily shut down because they could no longer afford to pay nurses, therapists, or other specialists without timely reimbursement under Medicaid from Sunshine State.

Other companies were forced temporarily to cover the costs, effectively floating loans to the healthcare giant until they were paid, while others say they’re still experiencing billing issues.

Sunshine State previously said the glitches stemmed from the company’s merger on Oct. 1 with the second-largest payment vendor, WellCare of Florida Inc. Combined, Sunshine and Wellcare have multi-year contracts worth $31.6 billion from the state’s Agency for Health Care Administration, according to figures from the state’s chief financial officer.

In its sanctions announcement, the Florida agency demanded detailed explanations for how the problems occurred and how the company responded. It also required the company to demonstrate within 30 days that future claims were being paid promptly and asked for weekly updates in phone calls with the CEO, Nathan Landsbaum, or another senior executive.

In a statement this week, the company declined to say whether it intended to pay the $9,092,025 fine. It pointed to its earlier public comments on the matter that included an apology to healthcare providers and a promise to quickly address any outstanding issues.

“We know that we created a number of challenges for our partners that did not meet the standards we set for ourselves or our contractual obligation to the state of Florida,” the company’s statement said.

Investors seemed unconcerned about the fine. The stock price of its parent company, Centene Corp., closed Thursday close to its price the day Florida announced its sanctions on March 17. Centene did not mention Florida’s sanctions, including its decision not to contest the fine, in securities filings.

This story was produced by Fresh Take Florida, a news service of the University of Florida College of Journalism and Communications. The reporter can be reached at [email protected] You can donate to support our students here.