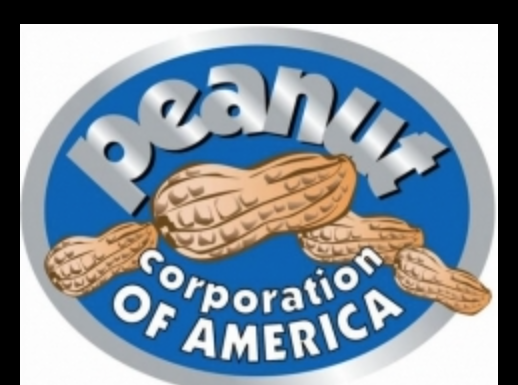 FOOD SAFETY NEWS – Ahead of their back-to-back habeas corpus hearings set for the final week of May in Albany, GA, brothers Stewart and Michael Parnell remain in federal custody.

Stewart, 66, and Michael, 62, were unsuccessful with their requests for “compassionate release” under the First Step Act, the federal prison reform act that became law ahead of the COVID-19 crisis.

The Federal Bureau of Prisons reports Stewart Parnell remains in custody at the Hazelton Federal Correctional Institution (FCI) in West Virginia, and Michael Parnell remains at Fort Dix, NJ. Both are low to medium-security facilities.

Stewart, the former top executive of the defunct Peanut Corporation of American, and his peanut broker brother Michael were convicted by a jury in 2014 and respectively sentenced to 28- and 20-year prison terms in 2015.

The Parnell brothers were convicted in relation to a 2013 indictment on 76 federal felony counts.

The government filed the indictment after a federal investigation of a deadly 2008 nationwide salmonella outbreak that was traced to the Peanut Corporation of America (PCA) plant at Blakely, GA.

The felony convictions of the Parnell brothers and subsequent sentences are the most severe actions ever taken to punish food safety violations.

The Parnell convictions and sentences were upheld on June 20, 2018, by the Eleventh U.S. Circuit Court of Appeals in Atlanta.

The pandemic became a reality for federal prisons on March 13, 2020, the date after which no visitors were allowed in any of the nation’s 122 federal correctional facilities.

And inmates began using COVID-19 in their First Step Act requests for compassionate release. By September, 130 federal inmates had died of respiratory ailment.

Multiple filings were common. Michael Parnell, for example, made his original First Stop Act request for compassionate release on May 12, 2020. It outlined the medical conditions that made him susceptible to COVID-19

His second request on July 2, 2020, was for release and home confinement. His request failed to cite any specific category for his proposal.

Between the COVID-19 emergency and the First Step Act, BOP had a lot of authority but did not decide to open the prison gates. It went from insisting that it kept inmates safe by the measures it was taking in November 2020 to providing vaccination records now.

Michael Parnell, for example, got his Pfizer-BioNTech shots very early, the first on Jan. 21 and his second on Feb. 10. The “totality of the circumstances” should guide BOP on making A “compassionate release.” decision.

Vaccinations for COVId-19 now appear to be the top reason for denying requests like the one from Michael Parnell.

“BOP has gone to significant lengths — including vaccination against COVID-19 — to protect and maintain defendant’s health and it will continue to do so for the full term of his incarceration,” court documents filed by the government say.

“Neither defendant’s condition nor his attempt to relegate his sentence is sufficient to warrant reducing the punishment the court found necessary in this case.”

U.S. Magistrate Thomas Q. Langstaff will hear “2255 motions” for Stewart Parnell on May 24 and for Michael Parnell on May 27. The back-to-back hearings are not “direct appeals” but rather a Habeas Corpus “collateral appeal.”

The venue for the hearings is the U.S. District Court for the Middle District of Georgia in Albany.GA,

The Parnell brothers seek to vacate their convictions and sentences based on ineffective counsel over errors involving jury selection and venue.

University of Texas Health Science Center at Houston – Breakthrough COVID-19 infections after vaccination occurred in 7.5% of Texans surveyed and were linked to...