“Black America Must Wake Up To This Viral Threat” 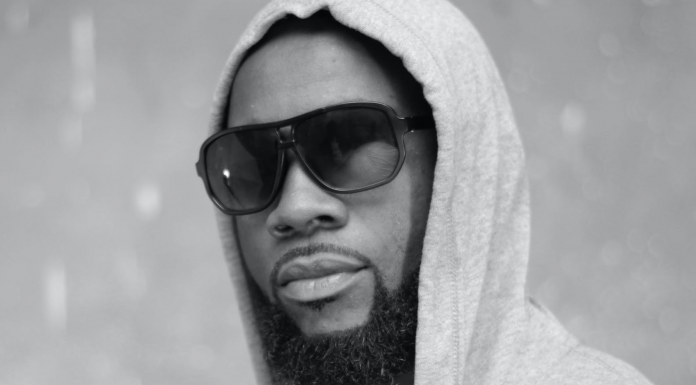 “African Americans are about to learn this awful truth — in devastating ways.”

CNN – The Centers for Disease Control and Prevention is now recommending that all Americans wear homemade face coverings in public to help stem the spread of coronavirus.

But Trevor Logan, an economics professor at Ohio State University, will not be following this guidance.

“We have a lot of examples of the presumed criminality of black men in general,” Logan, who is black, told CNN. “And then we have the advice to go out in public in something that … can certainly be read as being criminal or nefarious, particularly when applied to black men.”

Logan is not alone in his concerns. On social media and in interviews with CNN, a number of people of color — activists, academics and ordinary Americans — expressed fears that homemade masks could exacerbate racial profiling and place blacks and Latinos in danger.

“I don’t feel safe wearing a handkerchief or something else that isn’t CLEARLY a protective mask covering my face to the store because I am a Black man living in this world,” tweeted Aaron Thomas, an educator in Columbus, Ohio. “I want to stay alive but I also want to stay alive.”

The CDC’s recommendation on do-it-yourself face masks comes as the skyrocketing number of coronavirus cases and shortages of medical supplies have made professional-grade surgical masks all but unavailable to most Americans.

In an interview with CNN, Logan acknowledged that during a pandemic it makes sense to ask people to protect their faces in any way possible.

But it also makes sense not to wear them if you’re a person of color, he added.

“This (wearing a homemade mask) seems like a reasonable response unless you just sort of take American society out of it. When you can’t do that, you’re basically telling people to look dangerous given racial stereotypes that are out there,” Logan said.

“This is in the larger context of black men fitting the description of a suspect who has a hood on, who has a face covering on,” he added. “It looks like almost every criminal sketch of any garden-variety black suspect …” Read more.

Black America must wake up to this viral threat

CNN – For vulnerable populations, false assumptions can have deadly consequences.

African Americans are about to learn this awful truth — in devastating ways.

Two data points converged at the start of this crisis to make a lot of black folk shrug and think, “Coronavirus is not our problem.”

The Americans who were initially diagnosed with the virus were mostly white. At the beginning of the epidemic, the media understandably focused on affluent white people who had traveled overseas, especially to Asia.

The impact of this news coverage had African Americans joking among ourselves that perhaps we were somehow immune to the virus. As crazy as it sounds, a rumor took off that this was a disease that kills only white people.

It got so bad that Idris Elba, one of the first famous black victims of coronavirus, had to post a video begging black people to believe that people of African descent could get it, too.

And yet, when I warned my family of the coming pandemic, my highly educated cousin told me, with great confidence: “No, we got the antibodies for that!”

My cousin’s reaction reminded me of the early days of the HIV epidemic, when people thought of AIDS as a “white, gay” disease.

Covid-19 is likely to follow the same trajectory. The perception that the disease impacts older, more affluent and whiter populations will soon give way to a heartbreaking realization: the virus is crushing poorer and blacker populations, and it’s affecting young people, too.

And yes — I did say “younger.” The second data point was that (in Asia and Europe) this disease has mostly killed older people.

Since communities of color are statistically much younger than the white population, many thought this disease posed no particular threat to people of color.

However, it’s important to keep in mind, first, that younger people — even healthy ones — are at risk of contracting and spreading the virus.

In states like New York, about one in five hospitalizations are occurring in people under the age of 44, according to the city’s health department. And the numbers appear even grimmer in parts of the South.

In addition, younger African Americans are already dying at higher rates from diabetes, HIV and cancer than white populations of the same age, according to the Centers for Disease Control and Prevention.

And people who contract Covid-19 and are already immunocompromised appear at greater risk of complications from the virus, should they contract it.

Furthermore, obesity rates are significantly higher among both African American children (17 and under) and adults (18 and older), according to the Department of Health and Human Services. Read more.

Is It Cool To Be Black, Fat, And Female?