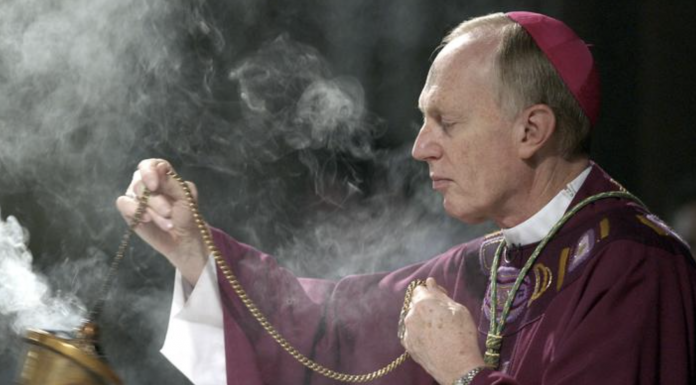 ALBANY, N.Y. (AP) — The longtime former head of the Roman Catholic Diocese of Albany says the diocese covered up sexual abuse by priests for decades and protected clergy by sending them to private treatment instead of calling police.

Bishop Howard Hubbard, who ran the diocese in New York’s Capital District from 1977 to 2014 and has himself been accused of sexual abuse, made the admission in a statement issued through his lawyer to the Albany Times-Union in response to questions from the newspaper.

“When an allegation of sexual misconduct against a priest was received in the 1970s and 1980s, the common practice in the Albany diocese and elsewhere was to remove the priest from ministry temporarily and send him for counseling and treatment.

“Only when a licensed psychologist or psychiatrist determined the priest was capable of returning to ministry without reoffending did we consider placing the priest back in ministry.

“The professional advice we received was well-intended but flawed, and I deeply regret that we followed it.”

About 300 lawsuits have been filed against the Albany diocese under a state law that allows people until Aug. 14 to sue over sexual abuse they say they endured as children, sometimes decades ago.

In the past, the 82-year-old Hubbard has denied allegations that he sexually abused minors. In an August 2019 statement, he said:

“I have never sexually abused anyone in my life. I have trust in the canonical and civil legal processes and believe my name will be cleared in due course.”

Responding to allegations in lawsuits that he ignored, disregarded or covered up abuse by others, Hubbard told the Times Union in his statement that he was a leader on church efforts to prevent abuse, including support for background checks and compensation for victims.

Hubbard’s statement was not sanctioned by the diocese, the newspaper reported.