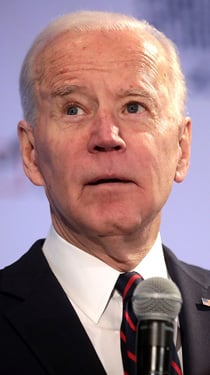 U.S. has already seen more COVID deaths in 2021 than 2020 before vaccines were available, as experts again warn pandemic is not over – MARKET WATCH

WALL STREET JOURNAL – President Biden may not recall what he said during a 2020 campaign debate last fall, but Americans should:

“Anyone who is responsible for that many deaths should not remain as President of the United States of America.”

Covid deaths this year have now surpassed the toll in 2020 with 350,000 since Inauguration Day.

It would seem that Mr. Biden has done no better than Donald Trump in defeating Covid despite the benefit of vaccines, better therapies, and more clinical experience.

The left politicized Covid by holding Mr. Trump responsible for a disease that was always going to be hard to defeat … read more | subscription required

MARKET WATCH – The U.S. has already suffered more deaths from the coronavirus-borne illness COVID-19 in 2021 than in 2020, even though vaccines that prevent serious illness and death have been widely available since April, according to data from the Centers for Disease Control and Prevention.

The paper cited experts as saying the cause was not just persistently low vaccine uptake but also the relaxation of safety measures such as wearing face masks and avoiding indoor gatherings, with many people wrongly assuming that vaccines alone had effectively ended the crisis.

That has also led to a fresh rise in cases, hospitalizations and deaths in recent weeks after all three metrics had fallen from their early September peaks.

Hospitalizations are up 9% from two weeks ago to an average of 50,942 and deaths continue to average more than 1,100 a day, meaning the U.S. is seeing casualties equal to those suffered in the terrorist attacks of Sept. 11, 2001, every three days.

The CDC’s vaccine tracker is showing that almost 196 million people living in the U.S. are fully vaccinated, equal to 59% of the overall population, well below the 70% threshold experts say is needed to stop the spread.

That threshold may be understated, according to Dr. Celine Gounder, an infectious-disease expert at Bellevue Hospital Center, cited by the New York Times as saying that an 85% to 90% vaccination rate may be required to make the virus endemic, meaning one that still exists but at a lower level and without the spikes that have repeatedly emerged in the last two years … READ MORE.